Derek Gifford - Songs From The Past... Into The Future 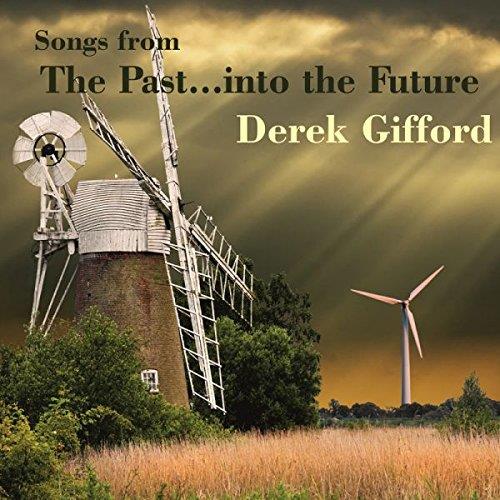 This album from Derek Gifford is a little gem. A great collection of mainly contemporary songs with masses of heart, all delivered with real warmth and feeling. Not forgetting bucketloads of wry humour - often used as a way to express an understated anger and sadness about the modern world.

There’s a strong green thread running through the album, too. It’s topped and tailed with different takes on environmental damage: the poignancy of Land and Sea set against the cheerily scathing Coming in Further. Human damage to the natural world crops up in a number of the songs here, like the concertina-backed whaling chorus song Nantucket Sleighride, with its updated conservation message, or the a capella Do You Remember?, cataloguing 25 years of environmental decline. That it never feels at all preachy is a testament both to the song choices and the delivery.

Derek’s love of chorus singing, often a capella, naturally features strongly here. In particular, Songs They Used to Sing is a witty contemporary chorus song, acknowledging the ersatz nature of modern folk singers singing about hard labour of times past that they’ve never experienced. Still, as the song accepts, what better way to remember and to pay tribute? Against this knowing aside, Five Pounds is a more traditional-style press gang tale of woe.

Musical accompaniments are kept pared-back and sympathetic. Farewell to the Brine’s lament marries the brittle resonance of the bowed psaltery against Anna Shannon’s shruti box drone most evocatively. The Cocklers’ Song, based on the appalling drowning of Chinese cocklers in Morecambe Bay in 2004, is one of two songs (the other being Land and Sea) which features a moving and poignant oboe accompaniment by Paul Sartin. On traditional song, Bold Fisherman, Gill Redmond provides a particularly beautiful, delicate cello counterpoint.

Derek’s confident, sure-footed and relaxed delivery reflects on his 35 years or so of experience. His warm tones are pleasing on the ear and he understands how to tell a story evocatively, such as on Early One Evening, a witty demolition of the decline of the British pub. In these Wetherspoons days, perhaps it may seem slightly dated, but there’s still a distinct kernel of truth.

There’s something wonderfully timeless about this album. It feels like stepping right into warm, dark clubs where people have never stopped singing relevant, socially aware songs. Despite the modernity of much of the subject matter and arrangements, there is a feeling of comfortable familiarity to it, as if it’s always been around. It simply belongs.