Geoff Lakeman - After All These Years 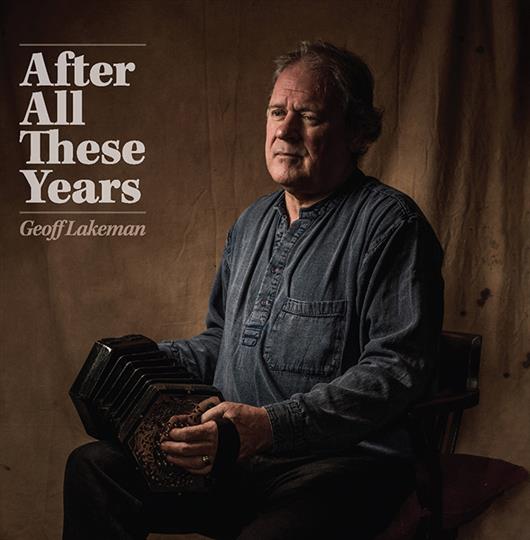 Geoff Lakeman was not expecting his debut album to pass without being judged with reference to his offspring. After allowing them to become legends, Lakeman has decided to adopt the approach ’if you can’t beat ’em, join ’em’.

Joining them is literal as well as metaphorical: the 69-year-old’s release After All These Years conveys proper social singing, with sons Sam, Sean and Seth guesting, along with their partners. The dominant force, however, is Geoff Lakeman’s strong but unforced voice, along with his sympathetic concertina playing.

Only a few tracks are traditional in origin, but the whole album feels beautifully simple and timeless. Lakeman’s original writing is part of the reason for this, making melodic and lyrical reference to various idioms. A particularly captivating original song is Rule and Bant, lamenting the fall of the Cornish mining tradition, brimming with emotion but not sentimental.

His maturity is reflected in the political sides of the album - subtle and personal. Alongside Rule and Bant, there is the cleverly selected Reg Meuross track England Green and England Grey, with tragically delicate harmonies from Nic Jones.

Throughout this all, the mixing stands out for seemingly not intruding in what we hear, while acting as a bodyguard, protecting the vocals from the backings. The only exception is the piano in England Green and England Grey, which can be slightly distracting at points.

Nonetheless, that the mixing was down to the understanding of the Lakeman brothers, and their respect for their Dad’s musicality is also clear in their playing: unpretentious but not uninteresting. The guest cast is largely anonymous despite the advantages of having them onboard: they seem talented help, rather than sales tools.

In After All These Years, Geoff Lakeman has managed that tricky compromise, presenting music both joyful and serious. You can hear the joy to be playing, while understanding his soulful voice.

Lakeman should be seen for his own talent. This album rolls through at a pace, cohesive but exciting, sounding like an old friend who, teasingly, you can’t quite place.