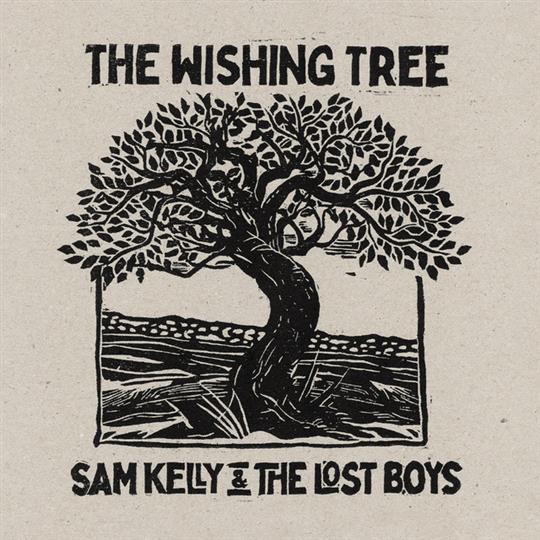 Sam Kelly has created a masterpiece. Alongside the Lost Boys he is no stranger to making albums full of energy and life, but The Wishing Tree is something else.

Kelly’s talent as a songwriter and his taste in putting an album together results in every song weaving seamlessly into the next, whether traditional or composed. With the help of the band, the album has a revamped, new and improved trademark Sam Kelly sound that is not only unmistakable, but unmissable.

The opening track, Bluebird, will cause the listener to fall in love with the album from the get-go. Its passion and drive are apparent in every element of the track, and it features some highlights from the band including the banjo playing of Jamie Francis.

Kelly’s vocals always glide beautifully over the top of the rest of the music, delivering the inspiring message that it is better to fall than to never leave the ground.

There are more catchy riffs from the band in Tinker’s Poteen, which also features the esteemed pipe playing of Mike McGoldrick. This track also sees some of the rhythmic tension and release that makes the album so recognisably Sam Kelly.

Guiding Light is another highlight. Filled with more luscious harmonies and instrumental sections, not to mention heart-warming lyrics, this track is a guaranteed earworm.

Next is one of my favourite versions of the common ballad The Banks of Sweet Dundee. As well as providing expert cello playing and being a co-producer, Graham Coe mixed the album, and the excellent job he did is abundantly clear in Chalk Line.

Mo Ghile Mear brings a welcome relaxed calm after the relentless drive of the rest of the album. The renowned fiddle playing of Laura Wilkie features on Maria, which fits comfortably alongside the rest of the band.

The album closes with the title track, The Wishing Tree, a song that reminds the listener of their happy place. A fantastic song that features the very best of the band, this is the perfect way to end the album.

The Wishing Tree shows how Sam Kelly and the Lost Boys’ sound has developed since their last album. The arrangements, lyrics, singing and playing are a pleasure to listen to and display the mastery of Sam Kelly and every member of his band.

Each track fits seamlessly next to its neighbours, creating a well-crafted album. The Wishing Tree is the pinnacle of Sam Kelly.