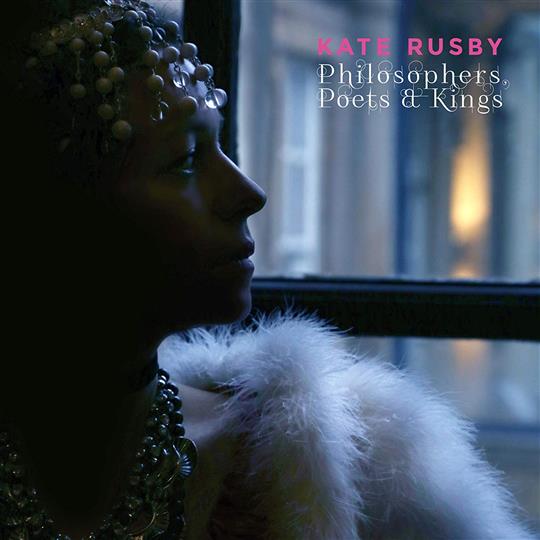 One of the most iconic voices of contemporary folk music, the immensely acclaimed Kate Rusby, has released her 17th studio album with a line up of folk superstars such as Michael McGoldrick, Ross Ainslie, Duncan Lyall and Damien O’Kane. Philosophers, Poets & Kings is a tribute to her family’s musical influence and to her native South Yorkshire.

The opening track tells the story of a racehorse that no one considered a potential winner, the classic story of the underdog’s triumph: Jenny starts in a very soft way, with Rusby’s voice surrounded by a gentle guitar accompaniment by O’Kane, rapidly growing in intensity with the pleasant contribution of a brass driven ensemble. The Squire and the Parson is an example of a father-daughter collaboration, a song on which Rusby and her father worked for years, finally shared with the world for the delight of their fans.

Halt the Wagons remembers the twenty-six victims, aged 7 to 17, which died tragically in a mining disaster.; a choir of twenty-six children of the same age as the victims sings with Rusby for a very emotional moment of music and storytelling.

There are also two interesting covers on this album: Richard Thompson’s Crazy Man Michael has a slightly gothic, supernatural mood thanks to the joint work of Ainslie’s whistle and Lyall’s Moog; by contrast, Noel Gallagher’s Don’t Go Away is beautifully delicate, sparse and intense, with only Rusby’s angelic voice and O’Kane’s electric tenor guitar.

The heavenly timbre and the vibrant tone of her voice do not need to be introduced to any true fan of folk music; a combination that just makes everything more enveloping, as in The Farmer’s Toast, a song written in praise of the organisers of the Underneath the Stars Festival in Yorkshire.

After some more experimental albums and a series of Christmas recordings, Rusby has returned to the thing she has done the most in her twenty year plus career: moving people with her unchanged voice, writing evergreen tracks as milestones of contemporary folk music, and skilfully interpreting both traditional material and modern compositions, making them her own.

This is an album whose emotional and musical sensibility will gather new fans for this queen of the folkies, an artist that has always been able to enchant people of all ages and musical tastes.

Released on CD and digitally by Pure Records on 17th May 2019. Produced by Kate Rusby and Damien O’Kane