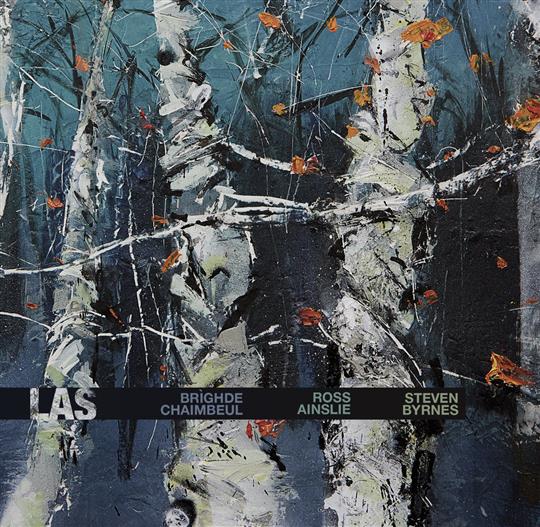 After many years spent playing together at festivals and even on the BBC, piping masters Ross Ainslie and Brighde Chaimbeul decided it was time to craft a full length album to celebrate the warm sound of the Scottish smallpipes. They were joined by guitarist and mandola player Steven Byrnes for the recording of Las, made up of ten tracks of mainly self-penned compositions, but with some traditional tunes from the British Isles, France, Bulgaria and northern Spain.

The album opens with the trademark medley from these artists, the diverse Green Light Set, and proceeds into a set of Bulgarian tunes collected by Chaimbeul during her stay in the eastern Balkans. The entire work is packed with energetic and foot-tapping tunes like the Strathspey and Reel set, Irish, and John Patterson’s Mare, and ends on a high with the spectacular final track Susi and Ben’s.

The trio’s music smoothly flows through pieces from different cultures, always consistent in timbre and style, with smallpipes played in the key of C by Ainslie and Chaimbeul under the spotlight for the breath-taking dexterity displayed by the two pipers. Meanwhile Byrnes’ fretted instruments provide a delicate harmonic and rhythmic backdrop to these catchy sets.

This is the kind of album that deserves to be enjoyed through headphones and with full attention so as to spot all the carefully chosen variations, rolls, birls and crans that enrich the melodies.

Thanks to the juxtaposed combination of exquisite technique and the distinctive touch by these artists, Las shows the potential of the Scottish Smallpipes, a sometimes underrated instrument, overshadowed by its more famous siblings in the Highlands and in Northumberland, and represents a new and captivating musical experience for piping aficionados.