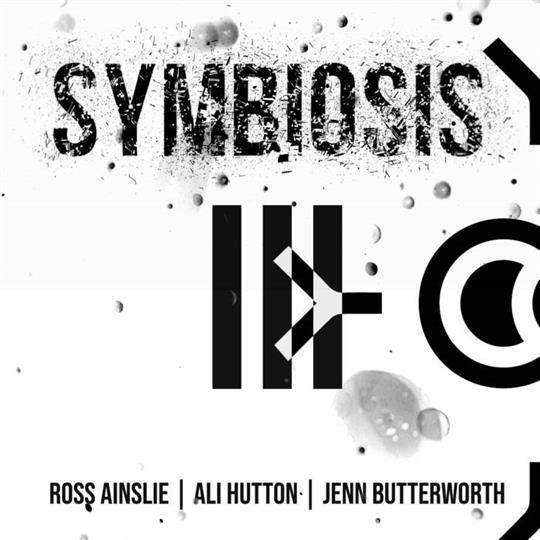 The third chapter of the Symbiosis musical saga was recorded at home whilst in lockdown with the contribution of Jenn Butterworth. Ross Ainslie and Ali Hutton gathered a number of tunes and sets from their previous albums, plus some songs and compositions they have never recorded before.

An epic rendition of Kings opens the album before the duo continue with a couple more old favourites their fans would expect to enjoy at a live gig. These include the energetic Pongu, in which, as in their live performances, the low whistle has more space than in the studio version and converses with the border pipes for a large section of the reel, and a slightly different interpretation of Goretree.

The album also includes two other landmark tracks from the duo: the gentle Sisters, the opening set from Symbiosis I, and the heartfelt Grans, whose tunes have become quite popular in even the pipe band repertoire. Symbiosis III includes also two songs delivered by Jenn Butterworth and two new instrumental medleys, the lively set of polkas 42nd and the captivating Lucy’s, possibly the most remarkable track among the all-new ones.

These intimate sounding trio arrangements reflect the warm atmosphere of Ainslie and Hutton’s live shows, especially the ones in smaller venues where Butterworth is their only accompaniment. Despite the fact the compositions are not dressed up in big band arrangements as in Symbiosis II, the settings in Symbiosis III are never sparse and always thoughtful, clearly designed to bring the best out of the tunes and the songs and to give every member a voice in the overall result.

This album is a breath of fresh air in a moment when live music seems to belong to another era; it manages to convey the emotions of a live gig to the listener thanks to the combination of firm favourites in the duo’s repertoire and the freshness of newly recorded material. Highly recommended, both for these musicians’ loyal fans and for everyone discovering their music for the first time.

Self-released digitally on Bandcamp on 2 October 2020, recorded at home, mixed and mastered by Chris Waite at Grans House Studios.