Brian Finnegan - Hunger of the Skin 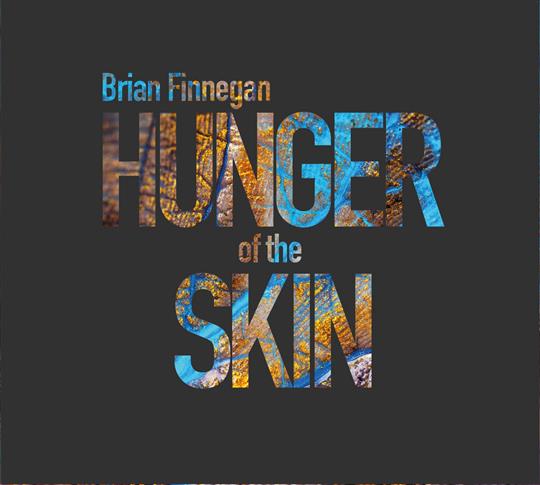 More than ten years after the highly acclaimed The Ravishing Genius of Bones, Brian Finnegan conceived a new album during the long months spent at home whilst in lockdown. Hunger of the Skin pushes the boundaries of Finnegan’s music even further with these nine experimental tracks heavily influenced by other musical genres.

The careful listener gets the sensation this album is something different from his previous releases from the first notes of the opener Dust / An Damhsa Dubh. It’s a feeling that intensifies as the tracks follow each other in an ever-changing sequence of different atmospheres and styles.

The pop flavour in Fathom, the Indian touch in Chase the Shouting Wind, the jazz and world music vibes in Flow, in the Year of Wu Wei, together with the presence of spoken words in a number of tracks, all contribute to the creation of a surprising musical experience that requires multiple listens to capture all the intelligently juxtaposed details.

As one could expect, Finnegan’s virtuoso whistle playing gets the headlines. However, the arrangements those tunes are dressed up in represent the core of this innovative album.

Led by either the experienced hands of Flook members John Joe Kelly and Ed Boyd or by the skilful musicianship of Sean Og Graham and Ian Stephenson, the multi-layered settings on these tracks manage to magnify the melodic qualities of the compositions whilst creating flamboyant soundscapes, also thanks to the use of exotic instruments such as steel drums or cavaquinho.

Togetherness and solidarity are at the heart of the spoken word passages recorded by various authors on Hunger of the Skin. They provide very well assembled combinations with the whistle lines, whether serene, joyful or fast-paced tunes like the slow reel and jig set Crossing Rubicon / Ollin or the effervescent final polka in the opening track.

The delicate Equator Light is the only slow-paced tune on this album and provides a gentle anti-climax towards the reading of the final poem Dare that summarizes the message of the entire album.

Although slightly different from his previous releases, Hunger of the Skin represents another milestone in the career of an artist that, both with his solo work and his collaborations with bands such as Flook, Kan or Parallelogram, has always been at the forefront of folk music whilst being one of the most notable ambassadors of the traditional sounds from these isles.

Released on CD and digitally on 5 March 2021. Produced by Brian Finnegan and Sean Og Graham.