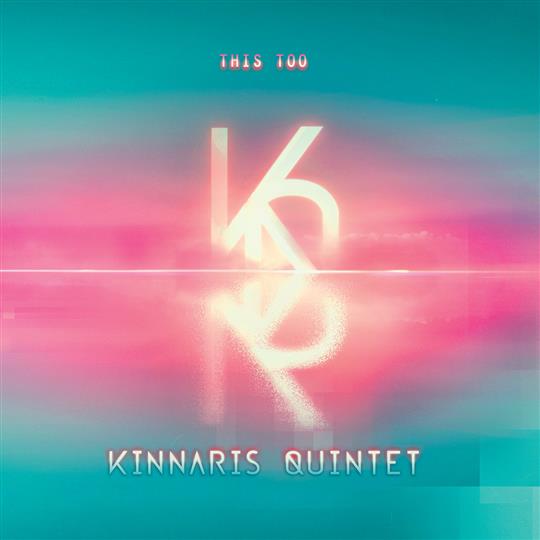 One of the most engaging bands to emerge out of the British folk scene is back with a stunning album which conveys the thrilling energy of their live shows. Acclaimed and multi award-winning Anglo-Scottish collective Kinnaris Quintet follows in the footsteps of their previous work Free One with their remarkable second full-length release This Too, recorded under the masterful guide of Iain Hutchinson.

The album opens with the bright Wonderful, followed by the jazzy Period Drama and by the more serene and laid back Happy Days, introducing the listener to a great variety of styles and atmospheres, one of the key features of this band’s unique sound.

They make the best of their extraordinary dexterity on mandolin, fiddles and guitar, but, as shown in the beautifully-designed climaxes and change of mood in the title track, on the distinctive Dishgo or io the foot-tapping Burdland, they put their remarkable instrumental talent at the service of the melody. The most striking track is perhaps the evocative Halifax, an epic sounding 6/8 tune written by Jenn Butterworth, here performed by the entire collective with every member taking alternatively the leading role whilst the other’s notes float around creating refined harmonies.

If one has to face the hard task of describing it, the band’s sound is an exquisite mix of many influences, centred on traditional music with influences from jazz, rock, cinematic and classical music. The fact the eleven tracks of This Too, written by all members of the band, have been inspired by many different people and places, from Orkney to Croatia, from Yorkshire to Donegal, makes it even more multi-faceted and personal.

The sophisticated and multi-layered architecture of these arrangements, the inspirations behind the tunes, the diverse feelings they portray, the genuine interplay, all combines to create a new milestone of contemporary folk music, one of the most delectable and spell-binding releases of 2022.

Released on 4 May 2022 on CD and digitally. Recorded and mixed by Iain Hutchinson at GloWorm Recording