From the Ground - Beginnings 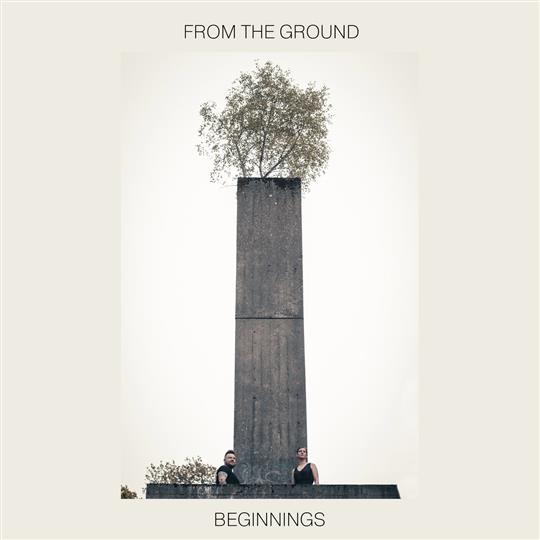 It is not easy after a successful career to go back to the music that provided the first inspiration. This is the journey that Scottish multi- instrumentalist Ali Hutton and Lincolnshire raised singer, guitarist and mandolin player Laura-Beth Salter started under the name From the Ground.

Beginnings is their first work as a duo; a three track EP recorded under the guidance of Andrea Gobbi in which Hutton makes his pipes and whistles rest for a bit and concentrates on his fretted instrument playing.

Two songs open and close the EP: Listen is a delicate waltz on the themes of love and loss, while God’s Golden Eyes shows the American music influence on Salter’s composition and singing. The Beautiful Cold is the second and the longest track on this EP. An almost seven minutes long instrumental climax based on a Jig written by Hutton, in which his piping education is palpable and Innes Watson’s guitar, Paul Jennings’ drums and Patsy Reid’s fiddle provide an enjoyable contribution.

Salter’s voice, resounding with the peaceful atmosphere of the English countryside, and Hutton’s versatility have found a common ground in this new project. The result is a gentle and almost mesmerising musicianship with a distinctive sound and an enormous potential.

This is a fairly pleasurable work from the first to the last note, perfect for a short break from the fast-paced modern world. These three tracks will leave you waiting to hear more from this brilliant new project.

From the Ground discography