Will Pound - A Day Will Come 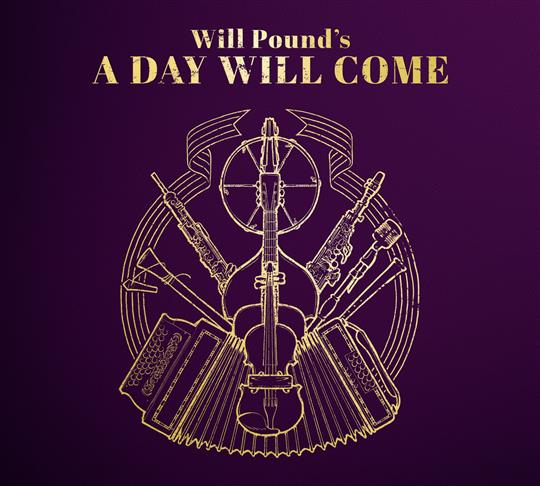 During the summer of 2019 harmonica and melodeon master Will Pound travelled around Europe meeting folk musicians, gathering inspirations and tunes from the twenty-seven countries of the European Union. A Day Will Come is the result of this once-in-a-lifetime journey.

Almost every track is made up of tunes from two different countries; generally two countries with similar musical culture, combining tunes from Denmark and Sweden or from Greece and Cyprus. But sometimes the combinations include countries with different artistic traditions and this is probably the most remarkable aspect of this album. The best examples of this are the opening jolly Latvian and Belgian set, the surprising Maltese and Estonian medley and the track in which he joins a Dutch sailors’ melody played on melodeon and border pipes to a Spanish dance tune.

As one could expect, Pound’s harmonica playing gets the headlines. The Slovakian and Slovenian set deserves a special mention for the unbelievable level of dexterity he displays, showing once again that the harmonica is just a natural extension of his body. Other highlights include a vibrant set of Irish jigs and reels for which Liz Carroll joining the band and the Polish and Finnish set featuring some poignant spoken word by Birmingham based Polish poet Bohdan Piasecki.

This ground-breaking work effortlessly flows for almost seventy minutes but it never gets repetitive as one could fear considering the similar musical traditions of some areas of the continent. Every set has its peculiarities in sound, signature or arrangement, making for an imaginative trip around Europe from your armchair, guided by the idiosyncratic style of the Warwick maestro.

Throughout the stages of this musical exploration the supporting line up, including Jenn Butterworth, Jude Rees and many international guests, smoothly accompanies Pound’s boundless melodeon and Harmonica playing. The result is a mind-broadening album with an enlightening vision, a kaleidoscopic fresco of our shared cultural roots delivered with spontaneity, passion and mastery.

Travel is not an unusual source of inspiration for folk composers. However, this concept album is not merely about a journey: it is about a sense of belonging, about the common European heritage that will resist every political turmoil, a heartfelt folk anthem to the solidarity and the brotherhood of nations.

Self-released on CD and digitally on 8 May 2020, produced by Will Pound and Andie Thomson. Supported by Arts Council England.