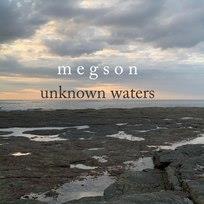 Departing from their own material, piano-accordionist Debs and husband Stu Hanna on guitars, mandola, mandolin and fiddle, accompanied by John Parker on double bass, have recorded a collection of covers of songs written by fellow songwriters, both familiar and lesser known, from the North East who have served as inspiration.

Stu on mandolin and Debs on lead, they open with one of the more obscure choices, One Law, written by the late Matt Chipchase and originally recorded in 2013 by his indie folk outfit Young Rebel Set. Its sentiment of “one law for everything, one law for everyone” chimes with their own sociopolitical perspectives on the need for equality and community.

Stu taking lead and accompanying on fiddle, they follow with the starkly bitter Judas Bus by Durham ex-miner Jez Lowe, based on a traditional miner’s song with the title referring to the transport used to bus in blackleg miners under police escort during the strikes of the 1980s. On a similar theme of protest, sung by Stu with fiddle and mandolin backing, Lindisfarne’s Alan Hull wrote Marshall Riley’s Army for their 1978 album Back And Fourth Alan in tribute to the Jarrow March of 1936 when 200 unemployed men marched the length of England to petition the Prime Minister in London about the closure of Palmer’s Shipyard.

Departing from the folk furrow but remaining in protest mood, Chris Rea’s 1989 hit The Road To Hell (Pt.2), written about pollution and commercial pressures while stuck on a congested M4, gets a suitably pulsing treatment. Debs sings lead and plays accordion to the urgent fiddle and strummed mandola spine.

Another lesser known name is the Middlesbrough born Richard Grainger, source of Land & Sea. Stu on fingerpicked acoustic captures this 2008 song about the environmental cost of corporate greed, the percussive bells tolling the price paid.

Perhaps even less well-known, unless you’re a funk fan, will be The Silent Boatman written by the late Ruth Copeland from Consett in County Durham. The daughter of an iron worker, her pursuit of a musical career saw her end up in Detroit where she was signed by Motown legends Holland Dozier Holland and ended up writing for Parliament-Funkadelic, co-producing their first album, Osmium, with George Clinton, on which the track, a number about waiting for death, appeared.

Amid the album’s psychedelic funk and gospel touches, there was a surprisingly strong English folk influence and, sung by Debs to strummed backing and pizzicato fiddle, the duo’s version puts that perfectly in the spotlight.

Debs again takes centre stage for Rain, a delicate, slightly folk-blues slow sway treatment of the pastoral Martin Stephenson number, capturing the sense of peace in lines like “Through a crack in the window meanders a breeze/Aids the mimic of crickets through the rustling of leaves/And the ghost need not scare me, they’re welcome within/To share my rye whiskey and watch with me”.

Taking a choppier toe tapping mandola rhythm and returning to political commentary, the lively Not For The First Time comes from the pen of the late great Vin Garbutt. Part of their live set since 2020, it has a very similar feel to their own classics Generation Rent and Barrington Judo Club. Accompanied by fingerpicked guitar, their voices harmonising, the last of the covers returns to the life of industrial Teesside with the wistful Ring Of Iron, written by Billingham’s Graeme Miles and originally recorded in 1974 by The Teesside Fettlers (who provided the music for the couple’s wedding reception) about the desire to escape the pollution.

It ends with a bonus track, Through The Winter, written in the January 2020 lockdown, on which, summoning thoughts of the temporality of life, Debs sings “Don’t wish the season gone too fast ’cause you never know which ones your last”, introducing hope into the gloom with “though you might not like the weather it won’t stay like this forever so just button up your coat put the kettle on let’s raise to toast to how we made it through the winter”.

As seasoned songwriters in their own right, the duo know how to bring out the best in other people’s material too, infusing it with their own personality while still paying tribute to the original. Hopefully, a new album of original songs will be not too far down the path, but for now this is a must have addition to the collection.

Released on CD and digitally on Megson Music February 11 2022. Produced by Stu Hanna.