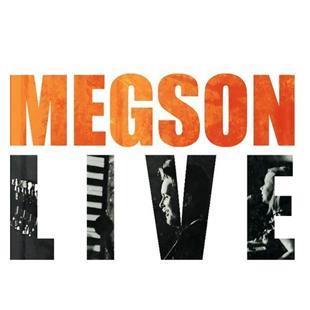 Having started out as The Ghost of Meg in 2003, Debbie and Stu Hanna, now Megson, are marking their first decade of playing music together with a live album, simply and appropriately entitled Live.

A decade’s experience has helped the duo cherrypick the best of their back-catalogue, and it’s interesting to hear which of their earlier, perhaps lesser-known, material has made the cut. Smoke of Home is a wryly observed, witty story and the sublime Everynight When the Sun Goes in is a confident slice of blues-folk, tugged along calmly by understated guitar and percussion.

The album also reflects the duo’s skill in varying tone throughout a set - The Longshot, simultaneously heartbreaking and heartwarming, is followed by the punchy Working Life Out, for example. Debbie’s affecting soprano shines on some of the set’s more melancholy moments, such as the heartfelt Follow it on and Just Stay, the only song from Megson’s 2004 debut album.

The songs are principally driven by Stu’s driving guitar or mandola - witness the rhythmic-yet-intricate Fourpence a Day - allowing the duo’s words and harmonies to make a strong connection. But there are more strings to the Megson bow: Fell to the Breeze shows off Debbie’s dainty whistle playing, while her accordion also makes an appearance.

Stu gets the banjo out for Baby & the Band, the first of four children’s songs taken from Megson’s most recent album, When I Was a Lad. In a live set aimed at adults, the songs have a different resonance, but they appeal to parents too. The Riddle Song and Jenny Jenkins (despite a slightly wonky whistling solo in the latter) are both particularly moving.

With a generous 16 tracks included, it would be a picky listener who moaned about the setlist (though if you are asking, either or both of The Longshot’s first two tracks would make a welcome addition). One song fans will definitely be glad to hear, however, is the encore. Tally-I-O the Grinder is a live favourite for good reason, showcasing the couple’s appealing chemistry with warmth and spirit. And as the Hannas aren’t keen on recording it in a studio, it’s good to have a version to put in the CD player - at last!

As a way of marking a milestone, a live album makes an interesting alternative to a ’best of’. But it takes songwriters and performers as talented as Megson to pull it off. As an illustration of a formidable back-catalogue, and of a duo who plainly enjoy delivering their engaging, varied live show, this is a recording to revel in.