Megson - In a Box 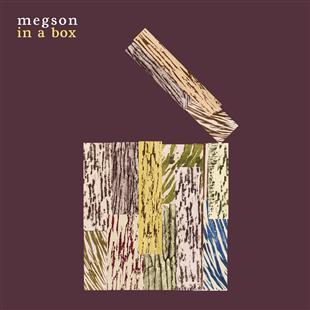 The first studio album for four years from husband and wife duo Stu and Debbie Hanna sees them adding their weight (and maybe a further headache to the awards committees when it comes to the end of year round ups) to what seems an abundance of quality folk duos at the moment.

More often seen as a whizz kid producer for various folk acts, the likes of Lucy Ward, The Young ’Uns and Faustus, it’s a rare treat to see Stu reunite with Debbie for a record which is, in their own words, “inspired by major events of life - birth, death, love and the passing of time.“

Many of the tracks have their origins in the North East, which given Debbie’s background in classically trained singing and Stu’s past adventures in punk bands (and prog according to Wikipedia), get a thoroughly original treatment and slant, not least in the tones of the warm Teeside brogue.

Basing their compositions around their multi-instrumental skills, they are joined by three members of upcoming Cambridgeshire band The Willows, plus there’s also a Seth Lakeman guest appearance on the ’Lakeman-like’ Bet Beesley & Her Wooden Man taken from ’Songs Of The Bards Of The Tyne’ - all about young hinny Betty Beasley and her humorously calamitous marriage and what Faustus would probably sound like if they were from Teeside.

It’s the first of several songs with a narrative set amongst North East roots and from local scribes. There’s a contribution again from Timmy Armstrong (’The Pitman Poet’) whose work and words they have used in the past, this time on the delightfully quirky Old Folks Tea. All “white bread well buttered”, jam and cakes, and promises to meet again next year (with the somewhat jarring and sobering proviso, if we live till next year), it sums up in one song the range and wealth of emotion and feelings the whole record induces. If nothing else, it will cause no end of debate over the definition of ’teacake’ included in the liner notes….

The constant juxtaposition of subject matter is a thread which runs through the album; the solemnity of the true story of the Clifton Hall mine disaster in Salford which opens the record and together with the likes of the never ending flow of stories by the River Tees in The River Never Dies, sit against the fond yet throwaway childhood memories in Dirty Clothes, where the reminiscences over picking armies, showing off to the lasses and nicking golf balls, slowly develop into repaying student loans, jobs, wives and the slipping away of our lives.

Ending the album is the self-composed title track which invokes all those thoughts about what we gather and collect as our lives pass us by. It’s delivered as a conversation between a couple - recording all the things you’d say as you look through the possessions you’ve gathered over your lifetime - “all the things you’ve got, stuck up in the loft in a box” - which inevitably end up in a car boot sale yet “won’t compare to the price you pay for all those memories, stored in a box.”

In A Box is a travelogue of a record, which like those old boxes of photos and long lost memories, opens up more and more with each listen. A phrase here or a line there, it’s a delightful piece of work which will resonate with many listeners at many different junctures.