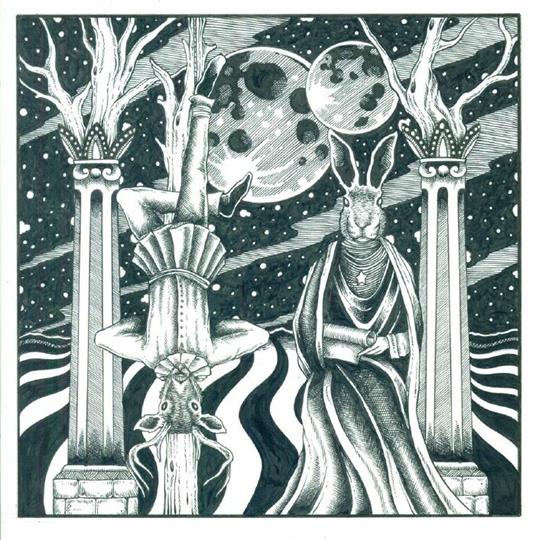 Awake is the second studio album from Hannah Sanders and Ben Savage. They have a unique sound created by their distinctive vocal style and a combination of guitars, dulcimer and dobro. The album is a well-balanced mix of self-penned song reinterpretations of original material, or adaptations of traditional songs.

The duo draw heavily on folklore for the subject matter of their own songs. This is particularly evident in the Selkie Song, their take on the traditional shapeshifting properties of seals. The song features some lovely close harmonies accompanied by gentle banjo and brass. Hannah’s slightly breathy singing style lends itself perfectly to this otherworldly story.

On I Met a Man, her singing style is more reminiscent of Joni Mitchell, as is the accompaniment, in forrm of Burke Carroll’s pedal steel. This is another retelling of an ancient story, where a woman falls in love with a green man.

The shapeshifting theme recurs in the traditional Reynardine, which harks back to Fairport Convention’s classic version. The accompaniment is much more energetic on this track than many of the others. The pair tell the story between them, with Hannah as narrator and Ben as the whily Reynardine

One song which will wheedle its way into your subconscious is the Woody Guthrie/Billy Bragg song, Way Over Yonder in the Minor Key. Here the accompaniment is provided by dobro, marimbula and some rather unusual percussion in the form of ammonia bottles. This version couldn’t be more different than Billy Bragg’s take on the song, being a delicate and gentle interpretation.

Ben Savage takes the lead in several songs, including the title track, Awake. In A Thousand New Moons, his husky voice is in sharp contrast to Hannah’s pure style. It is fitting that he takes the lead in the Santa Fe trail, a cowboy song, and this song marks a departure from their usual style.

Awake demonstrates the versatility of this duo, both as songwriters and interpreters of traditional song.

Released 11th May 2018 on Sungrazing Records