Lizzy Hardingham - How Did We Get Here? 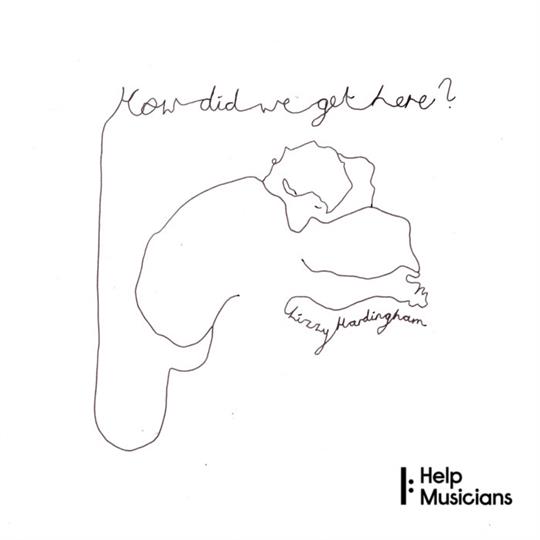 Funded by Help Musicians UK, Hardingham’s ambitious new album explores the relationship between music and mental health. Alongside producer Tom Wright, fuelled by the isolation of lockdown and the impact on live performance, she has created a soundscape of thought-provoking songs.

These are bridged by musically-accompanied extracts from musicians, mental health charities, music therapists and music professionals talking about the connection and the toll that life as a touring musician can have upon physical and mental health. Something of which audiences who just see performers singing on stage are often unaware, expecting constant positivity.

In one extract Noel Dashwood speaks about feeling like a professional driver who does a bit of music on the side, the time spent sat around doing nothing, and that’s very much the core idea behind The Road, a song written in response to Luke Jackson’s On The Road and echoing its slow walking rhythm, where, in a soulful voice, she sings how “I rack up more on my club card than I do hours in my bed” juxtaposing the push and pull in “I just can’t wait to come on home/But I’ve got a heart that’s built to roam”.

Along with the interviewees (Jackson, Katy Rose Bennett, Blair Dunlop, Nancy Kerr, Ruth Lyon, Tom Ryder and Lukas Drinkwater) she is joined by Katriona Gilmore on mandolin, Tom Wright on guitar and drums, backing singer Jamie Roberts and Drinkwater himself (who she apparently won in a lockdown auction) on bass.

Opening a roll of drums and taken at a Richard Thompson-ish sway, They Will concerns depression, the feeling that it’s just not worth getting up, the song’s message embodied in the title as she reassures “When the call of the voices she hears in her head bring her down/Will the light of her loved ones be enough to help her not to drown/When will she trust that they’ll help her to pick up her crown/’cos they will, I promise they will”.

I’m not quite sure that alluding to Lady Macbeth’s encouragement for Duncan’s murder in the line “screw your courage to the sticking place/For I am pretty certain we’ll not fail” is perhaps wholly appropriate for a song about resilience and determination in the face of adversity, but, sporting folk rock colours, Less Than Two is her pandemic anthem about how “This might take our breath away for just a little while”, when “all we took for granted is on the line”, it would eventually be over and “That the show goes on, on a different day/I will take your hand and lead you through/To a time when we are less than two metres away”.

Calling up her traditional influences and set to a drone backing with bowed cymbals, upright modal bass and shruti box, I Could Have Loved You refers to the perhaps not the best of idea of embarking on a new relationship during a pandemic, clearly doomed to fail. Etched on fingerpicked acoustic, the folksy, vocally soaring Jumping Waves returns to the earlier theme of believing you will make it through, written for a friend having a tough time of things, giving way to Five Lonely Voices, a song of epiphany and release anchored by piano, bass and shimmering strings. The song is inspired by seeing Katy Rose Bennett perform Fool On The Hill with her acapella choir in The Old No.7 Bar in Wrexham, a moment that swept away her own feeling of being burned out and burdened, unable to cry in her hotel room.

The slow-paced, choral-backed Piano In The Woods weaves a fantasy metaphor of recovery, be that from pandemic, mental health issues or anything else, as she spins the imagined tale of walking out and coming across “Miniature carvings scattered through the woods/And the tiniest throng crowding round” a mystical piano “Encased in the bark 1000 years old” and of how “Tiny pilgrims rush through the snow/In search of that sampling sound/On their journey from terracotta homes”, as the momentum gathers pace and “People will travel the wide open woods to see for themselves/To witness the birth from all that has been felled”.

It’s clearly a song about the restorative power of music and the album ends on a kindred note with a song written before the pandemic but taking on new resonance, the full band joyous Singing Together with its propulsive big show tune swell and lines such as “Here I am on a school night singing the blues/All alone on a stage with something to prove/And I’m waiting for a sign/That the chorus bells will chime” that could easily have come from the animated musical Sing. It’s a glorious arms-linked, swayalong celebration of renewal and community in its heavens-breaking chorus of “Singing together as one we will raise up the roof, skies unfurl/Singing together as one side by side we stand as proof/That the world can be better together singing as one”.

She ends with “One more voice could light the stars/If sounding in harmony with ours”. Hardingham brings the torch.

Released on CD and digitally October 19 2022. Produced by Tom A. Wright.