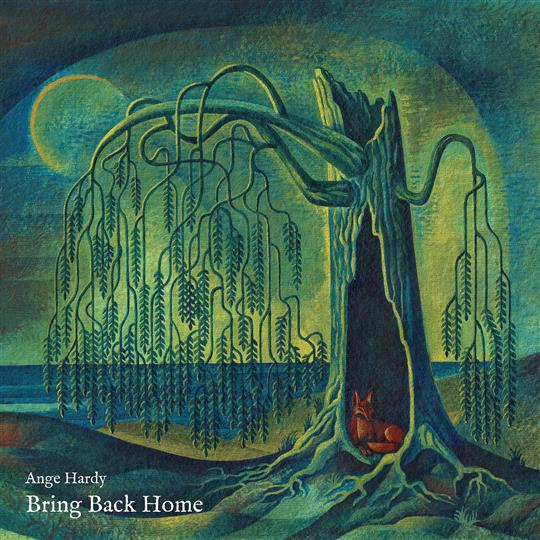 As someone once asked, who knows where the time goes? All of a sudden we’ve reached the milestone of Ange Hardy’s sixth album, which, without being blasé, delivers the sort of quality that we’ve become used to from Hardy on her bare foot journey via black sheep lamentations and her excellent album partnering Lukas Drinkwater, Findings.

Recently seen sitting alongside the new album from U2 in the Sunday papers, Bring Back Home is her own set of songs of experience. It emerges branded with the hallmarks of her usual intricate and intimate songwriting, exquisite playing and a masterful production that brings a rare sonic quality.

It’s an album she’s described as being a pivotal point - “born from my love of creativity” - it closes a loop that began with Bare Foot Folk. The first album since Windmills & Wishes where she’s been able to simply sit down and record the songs she’s written with no other boxes to tick or agenda to follow. Artistic freedom must be a wonderful feeling.

The latter is Hardy’s new ’discovery’ who adds a refined depth to the songs. Songs that are packed with refined and delicate arrangements; a point in case is the gorgeous gypsy fiddle on the opening Sisters Three, that evokes a feeling of the forest, the perfect soundtrack for a photoshoot that sees her wandering the undergrowth and streams of the green wood and a connection with nature she talks of in Summer’s Day / Little Wilscombe.

The title track showcases her delicate finger picking, highlighting her knack for fashioning a gentle melody - archetypal Ange Hardy in full flow, yet disguised in a mellow and restful trickle. The same template applies to A Girl Like Her, which fades to an unaccompanied part and emphasises a positive message that pulses lightly, occasionally powerfully, through the record.

There’s an ongoing theme that evolves as she chases the devil down, overcoming adversity and offering counsel on how life is too short and how not to lose sight of the journey. From the sensitive and at times deeply personal to a contrast of England; the ’just about managing’ political observations balance out the songs which evoke the spirit of Englishness, villages of thatched roofed cottages, idyllic country lanes and gardens.

Two traditional songs make the final cut; Waters Of The Tyne and Claudy Banks, with its stereotypical dastardly male that appears in folk song, perhaps the pick of the pair, but as the subtle flute and fiddle of St Decumen dance lightly against Hardy’s harp, it brings to mind, should there be such a thing, an overarching delicate delicacy.

It’s a masterclass in subtle class. Thoughtful and uplifting, yet as Hardy occasionally dons the critic’s hat so it may be apt to turn the tables and direct some of her own words back on herself and say that Bring Back Home is spectacularly good. Go and buy a copy now.