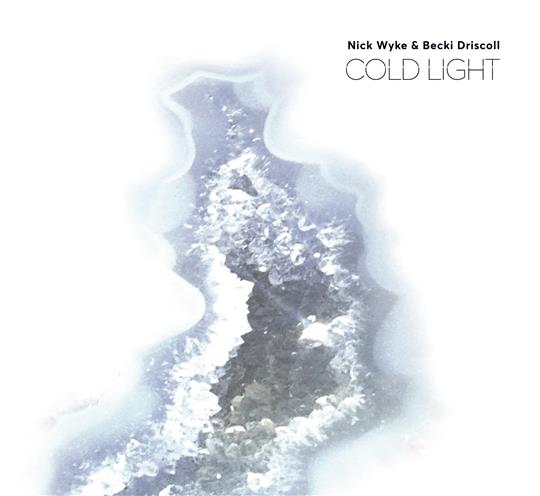 The fourth album from Nick Wyke & Becki Driscoll, Cold Light sees the Devon-based duo tackle a range of traditional and self-composed songs and tunes. Built around their twin fiddles, in many places the album has the feel of a group effort, with a range of guest musicians lending their support.

The most striking feature of the recording is Wyke and Driscoll’s superb command of the fiddle and viola, from the crotchety bite of opening track The Knitting Reel to the exquisite tones in the slow introduction to La Folia. The salsafied second section of that tune sees them demonstrate their close musical bond in perfect step with each other as does Tie The Petticoat Tighter when it effortlessly motors up through the gears into a brisk rendition of The Triumph.

The tasteful additions of other instruments by the duo themselves along with their assorted guests brings out the distinct character of each composition. Riddles Wisely Expounded is introduced with subtle sampled breath noises before building up to a thunderous wall of drums, bagpipes and trumpet.

In particular, the double bass contributions of James Budden and Jon Dyer add textural underpinning to much of the material, with gut punching drops on Three Bridges, alternating with the percussive slap of string on fingerboard. Meanwhile Boscastle Breakdown and William Andrew’s Hornpipes provide two rollicking straightahead tune sets towards the end of the album.

While the duo are perfectly matched as fiddlers, there’s a distinct contrast in vocal styles. Though Wyke’s full throated voice on Who’s Crying Now may prove too up-front for some listeners, Driscoll’s detached and unshowy singing is perfectly suited to the betrayal described in Halo, or the calm sense of loss in Winter.

The decision to name the album after Driscoll’s tune Cold Light is apt, with the playing on the track encapsulating the overarching qualities of an eclectic release: clean and uncluttered arrangements allowing the duo’s abundant skill as musicians to shine through.

Self-released on CD and digitally October 2019. Recorded and engineered by Nick Wyke.