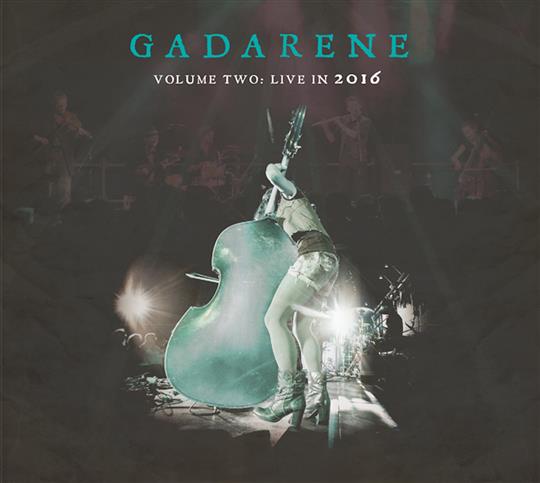 The follow up to 2012’s Volume 1: 1694-2011 finds Gadarene continuing to re-work/re-imagine obscure English 18th and 19th century tunes. Once again, they work their magic via a mesmerising set of instrumentation plus Lancashire clog steps and Dartmoor step dancing, and take us on a trip through jazz, rock, funk, swing, even dub and Afropop.

Self-produced and released, and already identified by Bright Young Folk as the perfect music for a folky rave, they utilise an approach which is becoming more widespread in folk circles.

Digging deep and dusting off the old forgotten manuscripts to find inspiration, they travel as far back as the mid and late Seventeenth century with the Henry Atkinson manuscripts and the more common Playford, before bringing things up to date with something more modern in the form of the 1848 William Winter manuscripts. It really does feel like the unearthing of some long forgotten treasures - possibly the same feeling as the historic moment Howard Carter first peeked into Tutankhamun’s ante chamber - “wonderful things” indeed.

The words kaleidoscope and extravaganza spring to mind as we’re treated to the full gamut of styles to which Gadarene can turn their hand. In which may lie the rub - the twists and turns are so many, never settling, yet on the other hand there’s an element of the thrill of never knowing what to expect next or which direction a tune is going to take.

Within the first few seconds you might be excused for thinking that a Jethro Tull album had found its way into the player, or at least that Ian Anderson had sneaked onstage. An Italian Rant could have easily escaped one of his solo ventures with its Eastern flavouring and folk punkiness. Already a glimpse, one song in, of the diversity we’re about to encounter.

Aside the ventures into various genres, Trip To Cartmel even has a bit of a double bass solo from Laurel Swif,t who also graces the front cover.

The cheeky little Barley Raking reverbed fiddle in its country vibe, before the dubstep of Lord Kelly’s Reel and the Henry Atkinson tune immortalised in HA 187, take things into more experimental and off-the-cuff treatments.

The Oyster Man’s Rant collection of tunes leads back into a flurry of more melodic and less challenging arrangements - add a bit of brass and The Folly Of Youth shifts almost into Bellowhead territory.

In much the same way as Leveret, Gadarene get a buzz in playing tunes, some of which haven’t seen the light of day for a few hundred years. They talk of “bringing these ancient tunes to life.” The band also come labelled as being purveyors of music sophisticated enough for seated audiences yet wild enough to get people up and dancing. Volume Two - Live in 2016 provides confirmation that the description isn’t far off the mark.

Released on 28 October 2016 by www.gadarenemusic.com.
Produced by Gadarene.
Recorded live at David Hall in South Petherton.