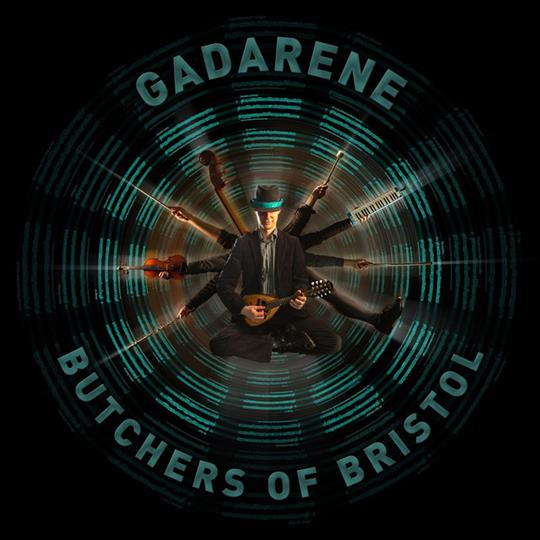 Gadarene are Matt Norman (mandolin), Laurell Swift (double bass and clogs), Jon Dyer (flute), Nick Wyke (fiddle) and Si Paul (drums), a West Country avant-garde collective based in Bristol. For their debut studio album Butchers of Bristol, they collected a number of ancient tunes, mainly from 18th century collections, and give them a new life with modern sounding arrangements.

The opening track Black and Grey immediately summarises the sound of the entire album with its folky soul, robust drums and flavourful double bass lines. It is followed by Childgrove, a track centred on a flute melody, first presented in traditional style in the opening seconds, then explored in multiple variations by all the members of the band with a catchy brass section providing a jazzy counterpoint.

The album flows through a number of different soundscapes: the Central American influenced Lord Albermarle’s Delight, the rocky Yallow Stockings, the haunting Northern Frisk - the track with the most traditional setting in the entire album - and the gentle Breeches Lose are just a few tiles of a patchwork in which tradition and modernity are skilfully interlaced.

Both in the foot tapping tracks and in the slow-paced ones, the quintet shows a distinctive and unmistakeable ability to give a new life to these old compositions, some of which have been not heard for centuries, whilst preserving their identity. The fact that the tunes tend to stick in the listener’s mind is another proof of the success of these forward thinking settings.

This clearly is music of a quality that can only come from a profound and genuine synergy among all the members of the band, the indisputable result of many hours spent looking for old tunes in the archives and playing them together; an engaging and entertaining album to explore with many careful listens.

Released on CD and digitally on 16 March 2021. Recorded and engineered by Mark Ellis at Propagation House.