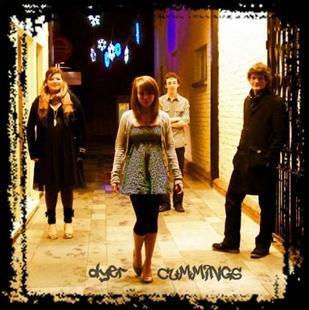 Well-known in their native South West and increasingly on the festival circuit as a ceilidh band, Dyer:Cumming’s are now making a name for themselves as concert performers. This was demonstrated at their recent Bristol Folk Festival appearance when the room was full to bursting.

This EP is their second recording and features six tune sets that will have you up on your feet in no time. Many of the tunes will be familiar (Horse’s Brawl, The Sloe and two versions of Old Tom of Oxford), but there are a few surprises too.

The combination of bass guitar and bassoon gives a really firm grounding to the tunes, and this is particularly evident in the opening to the final track on the EP. The Dawn may be an odd title for a closing track, but has a definite ’encore’ feel about it! (oh, and keep it running after the music ends).

A very exciting CD, and let’s hope there is a full length one soon.