The Teacups - Of Labour & Love 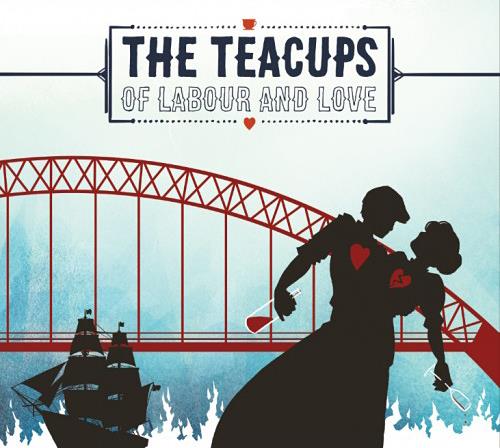 With a capella singing as fine and tight as The Teacups deliver, who needs any other instruments? This band celebrates the versatility of the human instrument, the voice, and of the power and emotion that multiple voices working closely together can create. As much care has been taken with the interweaving of close harmonies as with the emotional impact of the storytelling through careful phrasing and the result, their second album, Of Labour And Love, is a rousing success.

Like its predecessor, One For The Pot, this album largely contains re-workings of standards and traditional songs. The one original band composition here, Kate Locksley’s The Antiguan Graveyard, fits in seamlessly with the traditional material. Partly, perhaps, as the melody is based on a traditional Irish jig, but it’s also lyrically very compelling, too. If this is representative of their songwriting talents, then any future original songs will be keenly anticipated.

Something about the band’s name, The Teacups, seems to evoke a certain shabby chic: tea dances, stiff upper lips and Old England. Songs like Labouring Man (with its illustrious list of guest backing vocalists) seem to hark back to this lost age and to the nobility of manual work. Yet, whilst there is something about these four voices that has a rather vintage quality, they are not at all “retro”. In fact, The Teacups have a great deal of vitality, modernity and freshness to their sound. This is a great advantage when singing some of the very well-known material, like My Son John - which is given an abruptly cut-off ending (much like John’s limbs).

Sometimes it can be interesting to compare contemporaneous versions of songs. Sugar In The Hold, recently given a swaggering “girl-in-every-port” treatment by Fisherman’s Friends on their Proper Job album, becomes quite another entity in the hands of The Teacups. A different set of lyrics and a less bass-heavy arrangement and the song suddenly becomes a more sober lament altogether.

All songs are unaccompanied, save for handclaps on Ye Mariners All and some rhythmic percussive stepping featured on The Rapper Set. The band makes effective use of singing in rounds, such as in The Bellringing, where the suggestion of a peal of bells is enhanced by the vocal arrangement. Every song features beautifully clear diction, too.

Slower, more lyrical songs like the bleak murder/suicide tale of Oxford City and the album’s stunning standout track The Drowned Lovers show the band’s full emotional range and capabilities. The closing song, Journey’s End, based on a poem, is a sad little tale of parting and ending. The band say they see it as a closing of one chapter and the beginning of another. Whatever this new chapter brings, it will be most eagerly awaited.