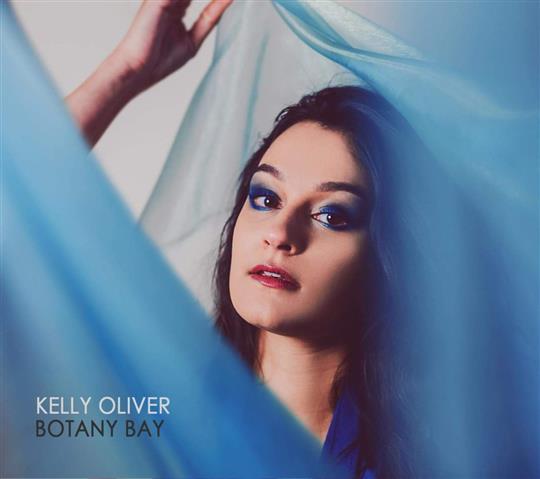 Already known as a singer-songwriter, Hertfordshire’s Kelly Oliver has taken a different direction with her third album Botany Bay. This album consists of traditional songs collected in her home county, which she has arranged in collaboration with producer Stu Hanna. Many of the titles will be familiar to the listener, but the arrangements certainly will not.

Various guest musicians have contributed to the album too including producer Stu Hanna and Show of Hands’ Phil Beer. Other musicians add to the richness of the sound with banjo, double bass, percussion, woodwind, piano and even a harmonium.

The title track is full of energy, with an extended introduction featuring many of the guest musicians, a veritable folk orchestra.

The unaccompanied voice begins a stark version of The Trees They do Grow High, with the guitar and fiddling creeping in almost imperceptibly. While the words are traditional, Kelly has composed her own tune, with a fiddle tune added by Phil Beer. She also uses her own tune for the Dark Eyed Sailor.

Producer Stu Hanna provides the melody for the percussive and lively version of Bold Fisherman. He makes an unusual contribution to Lady Margaret, perhaps the most audacious track on the album. The arrangement has with no actual instruments, rather vocal effects provided by a Vocoder courtesy of Stu Hanna

Kelly Oliver makes a stand for feminism with her version of the Cuckoo’s Nest. This song is usually sung by man, and often in a somewhat lascivious manner. Here we hear it from the woman’s point of view with altered lyrics in defiance of unwanted attentions.

In contrast to the upbeat opening to the album, it ends tragically, with the melancholy Died of Love. The banjo, often the harbinger of the sad song, features here, played by Jamie Francis, as does Kelly’s harmonica playing and some lovely harmonies from Luke Jackson.

Botany Bay is proof that Kelly Oliver is equally at home with traditional material as she is with her own original compositions.