Honey and the Bear - Journey through the Roke 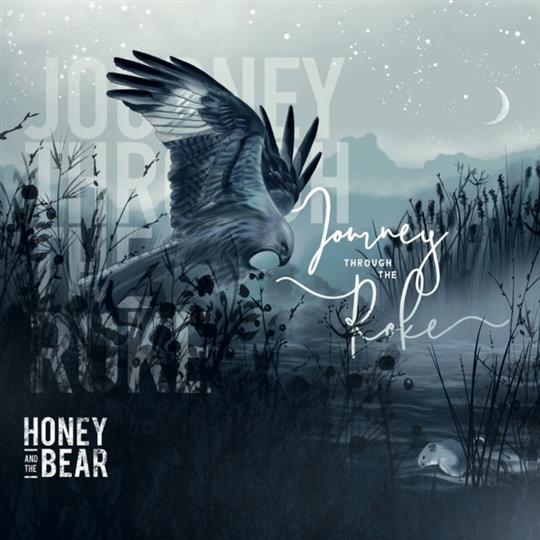 During the pandemic, we have all experienced the feeling of moving through uncharted territories. Like through the fog that rises from the fens and the meadows of Suffolk, a smoky mist usually denoted by the East Anglian term ’roke’.

This was the inspiration for the title of the new release by Honey and the Bear, namely Lucy and John Hart. This twelve track album features a line up including members of The Lost Boys such as multi-instrumentalist Toby Shaer and melodeon player Archie Churchill-Moss.

For Journey Through the Roke, the Suffolk duo collected eleven self-penned songs, mainly inspired by the history, the landscapes and some famous characters from their county or by the climate change crisis, plus a personal rendition of a traditional song.

Their distinctive sound, firmly rooted in the British Isles, but with elements of Americana, country and rock music, is immediately introduced in the poignant yet dynamic opener Three Miles Out. The lyrics commemorate the heroic actions and the loss of a boat, recovered only twenty-eight years later, by a resident of the Suffolk coast during the terrible North Sea flood of 1953.

The themes of ecological consciousness and climate change are explored especially in two tracks: the meditative Buried in Ivy, in which Lucy Hart’s voice stands out on a quiet and wisely designed guitar and double bass backdrop, and Unless We Start It, which provides a more hopeful take on the subject. The duo also provide a tribute to Sir David Attenborough in the serene but heartfelt Life on Earth, a well deserved homage to one of the most influential media figures of all times.

Other highlights from this album include an evocative take on Irish evergreen My Lagan Love, the funky The Miller, a celebration of Suffolk’s pioneering industry embodied by Woodbridge’s tide mill, combining the power of nature and the endeavour of men, and the moving Your Blood, written for the couple’s adopted nephews.

With skilfully designed textures of gentle electric guitar, double bass, ukulele and banjo, the juxtaposed contribution of some amazing young musicians and the ability of experienced story-tellers, Honey and the Bear have managed to offer a diverse array of human portraits from their county whilst conveying forward thinking messages to their listeners. Folk music in its purest form.

Honey and the Bear discography