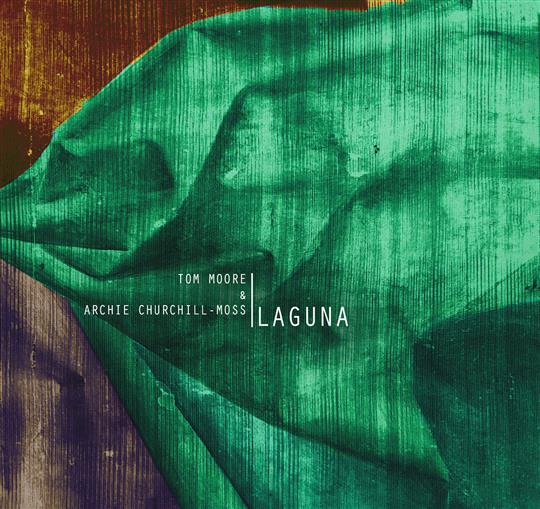 When two musicians of the calibre of Tom Moore (viola, violin) and Archie Churchill-Moss (melodeon) come together to record an album, you know that the results will be impressive. The pair are well-established on the folk scene as two thirds of Moore Moss Rutter, and first played as a duo at the tender age of eleven. They have reformed this duo for Laguna, an album of new compositions and improvisations.

The opening track, Trapdoors, has hints of the Penguin Café Orchestra in its sound. A cyclical opening theme alternates with lyrical and rhythmic passages before disappearing into white noise, like dust on an old record.

On the Douro has a more stripped down feel with a beautiful melody. It could easily have words put to it. Like the opening track, it contains a cyclical passage which gradually grows.

The experimental style of this track is a feature of the album, in some cases with rather surprising inspirations behind them. The two vignettes, Laguna I and II are rather hypnotic. In the first, the sounds of the instruments merge and separate seamlessly, while in the latter, electronic effects provided a foundation for layers of strings. This also progresses into white noise.

In Feeding Frenz, inspired by an episode of Jeremy Wade’s “River Monsters”, the exciting syncopated tune is passed between the instruments.

Although the compositions on this album are all new, the duo are grounded in traditional music and this influence is evident in tracks such as the dancing West Park; Hayley & Henry’s where the beautiful tune is based on fragments from Hayley Williams’ “My Heart” and Henry Purcell’s “ Neptune’s Masque” and the final track, Crooked Man, named after the nursery rhyme.

Tom Moore and Archie Churchill-Moss are such talented musicians that they can switch between different styles effortlessly, and on this album have shown that they are equally at
at home playing in a traditional style or experimenting and improvising.

Released by Hotel Recordings on 9 December 2017.