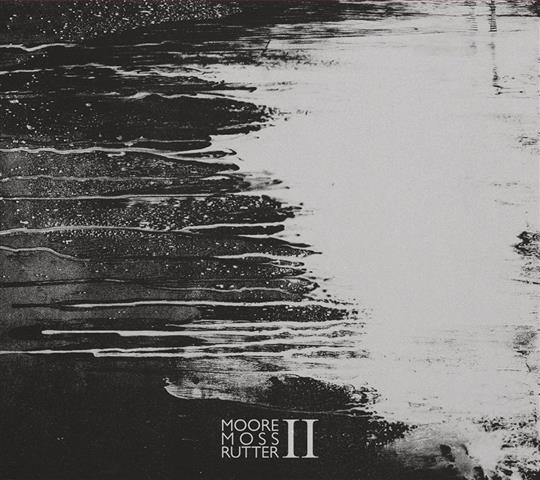 Moore Moss Rutter are T om Moore (fiddle), Archie Churchill-Moss (melodeon) and Jack Rutter (guitar). II is the long-awaited second album from this talented young trio. While the album may not have an imaginative title there is certainly no lack of imagination in the music it contains. As with the first album, the recording is primarily tunes and is a well-balanced mix of traditional and original.

The King’s Barrows/Mrs Foster’s Fudge (Letcher/Wood) begins the album. Intricately woven, the tune progresses through changes of mood and dynamics. The influence of Lau and perhaps even the Penguin Café Orchestra can be heard, creating a mood of gentle excitement.
Jack sings three songs, two traditional (Wait for the Waggon and the Reed Cutter’s Daughter) and one by John Tams, The Year Turns Round Again, from War Horse, unusually paired with a melancholy tune by Archie.

The lads have a way of building up the layers in their interpretations of tunes. In Six Weeks/Thursday Early the melodeon and fiddle start in duet, with the guitar joining in gradually. The excitement builds, with the instruments taking it in turns to take the lead. There are joyous passages when they are all equal. By contrast, Valse Sainte-Louise/Tomcat is a much gentler lilting tune pair. Again the layers are built up, with the focal instrument changing. Sometimes the fiddle and melodeon are in unison before going their separate ways.

Old and new are combined when a triumphant hornpipe by Purcell is paired with a tune by Archie with a quirky rhythm which celebrates a London street. The final track is a relaxed tune called Idle bringing the album to a quiet close.

Moore Moss Rutter are living up to the promise shown in their first album. Long may it continue.