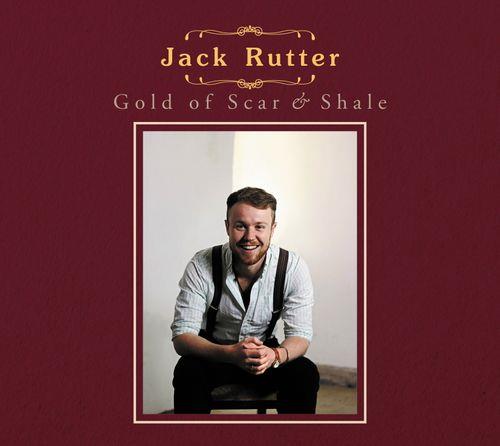 In between a busy schedule of collaborations, Jack Rutter has found time to record and release a second solo album. Gold of Scar and Shale follows on from 2017’s Hills with more traditional songs, predominantly from the North of England.

This time, his guitar and bouzouki work is bolstered by Sam Sweeney on fiddle. The partnership works well, with plenty of inventive instrumental intros and bridges in an off-beat style which complement the melodies of the songs tastefully.

The songs themselves are in the foreground though, carried by Rutter’s clear and tuneful tenor. Aiming not just to sing but to communicate the stories, he takes lengthy ballads such as Fair Janet & Young James in his stride.

Never commercially recorded before, that song is just one of the many lesser-heard numbers featured. Another is The Brundeanlaws, which only sounds the more mischievous for its fiddle-only accompaniment, pausing for just the right length of time in all the right places.

The Lancashire Liar motors on under the steam of Rutter’s bouzouki and Sweeney’s fiddle. Meanwhile Alice Robinson contributes Northumbrian smallpipes on a brisk and breezy version of The Shepherd’s Song which feels practically like standing in a field in the North East.

Rutter’s strength as a singer lies in his ability to move from the softly intoned to the full-blooded. On the former, Fieldfares is an understated and touching tribute to his native Yorkshire told from the perspective of someone reaching the end of their life.

Equally, Down by the Derwent Side is fair belted out unaccompanied, while he nails the high notes on When Jones’s Ale Was New with aplomb.

Gold of Scar and Shale shows Jack Rutter to be a musician who has clearly dedicated himself to the art of both finding traditional songs and bringing them to life, with great success.

Self-released on CD and digitally October 4 2019. Produced and recorded by Joe Rusby.

1. I Was Once A Young Ploughboy
2. The Hills of Longdendale
3. The Lancashire Liar
4. Fair Janet & Young James
5. The Brundeanlaws
6. John White
7. The Shepherd’s Song
8. When Jones’s Ale Was New
9. Down by the Derwent Side
10. The Sledmere Poachers
11. Fieldfares