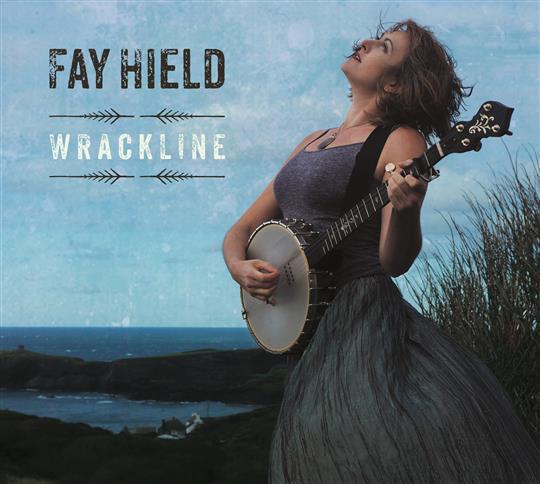 English-language folk song has often involved elements of the supernatural and the magical. Fay Hield aims to add to that tradition with her fourth solo album, Wrackline.

Though the album takes its name from the flotsam washed up at high tide, the material here is anything but, with a number of songs written or adapted by Hield joining others from the English tradition that she has made her name working in. Joining her are longtime collaborators Sam Sweeney and Rob Harbron, plus the ubiquitous Ben Nicholls on double bass.

Together they achieve a suitably otherworldly sound, with Hield’s writing making use of tonalities not normally encountered within English music. There’s the shifting minor-major feel of Night Journey, the subtle bends of Wing Flash and the wonderfully bizarre Pig Song which rips up the harmonic rule book.

These more adventurous compositions are balanced nicely with relatively down the line treatments of traditional numbers Lord Launful and Sweet William’s Ghost, or the bright and open feel of Call The Storm and When She Comes. The latter sees an elegantly flowing blend of fiddle, nyckelharpa and harmonium providing the backdrop to a melody that manages to be open-ended yet assured.

As well as showcasing Hield’s skills as a composer, band leader and (for the first time on record) banjo player, the album features plenty of examples of the expressive yet unerringly accurate vocal technique for which she’s become known. Lord Launfal sees Hield skipping up the scale with ease while on Jenny Wren she employs an earthier lower range.

With its range of moods and modes, some drawn from the tradition and some at a tangent to it, Wrackline straddles the strange and the familiar. A fantastic album in both senses of the word.

Released on CD and digitally on Topic Records September 11 2020. Produced by Andy Bell.