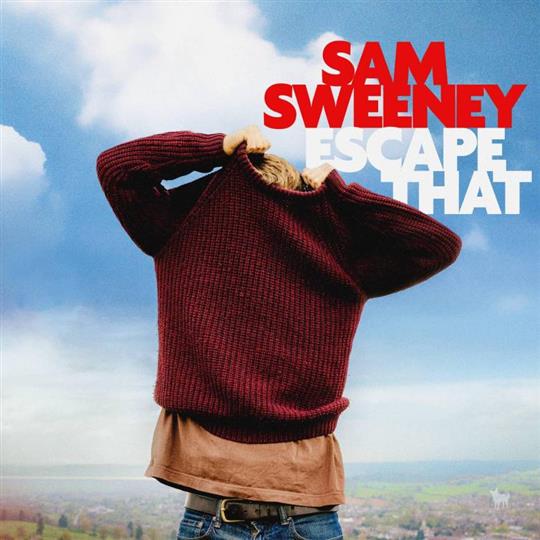 There are albums that truly reflect the soul, the influences and the experiences of the artist, that represent a new and mesmerising musical experience and that provide an unexpected shift in their discography. This is the case of Sam Sweeney’s latest release Escape That, a highly personal and modern sounding collection of self-penned tunes recorded with a line up including Jack Rutter and David MacKay.

During the lockdown periods, taking inspiration from real moments and people, he concentrated on creating sequences of chords on guitar and synth, allowing only hooks to be part of the final melody that, only at that point, he translated on to the fiddle. The result is what he defined as “the most me music I can imagine making”, an album combining his traditional roots with his love for modern genres.

The result is a highly personal work full of catchy tunes such as the airy Want to Fly Want to Flee, the bright Pink Steps and the delicate Night Shifting, many of which will surely become iconic for fiddle players and others, enveloped in skilfully crafted pop influenced arrangements. Despite the innovative approach devised on this album, the first entirely made up of original material, everyone who has come across Sweeney’s music will instantly recognise his unmistakable touch as soon as the first fiddle notes of the opening track Ruby start to flow.

The settings are surely more bold and modern than the vast majority of his other recordings, but they are very much refined and thoughtful: no strong beat, no sign of overwhelming percussion, just keyboards, synth, double bass and electric guitar interlacing chord sequences and counterpoints which create diverse atmospheres, often with a glimpse of cinematic music.

Every piece of music we hear contributes to shape our tastes and this simple fact is at the core of the composition process for this album, and yet Escape That is such a surprising and spell-binding album that it will surely become a highly influential work itself. Sweeney has gifted us another milestone that deserves to be savoured many times and contemplated in its every facet.