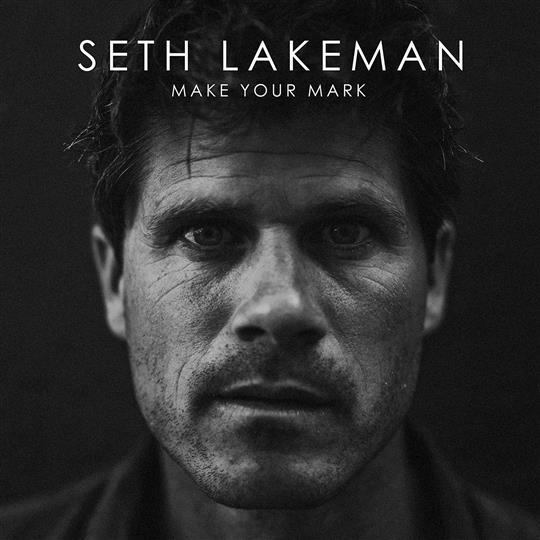 Seth Lakeman brings us his 11th studio album Make Your Mark, which was written, recorded and self-produced during the eighteen month touring hiatus caused by the pandemic. He was able to gather his established collaborators; Ben Nicholls on bass, Benji Kirkpatrick on bouzouki, banjo and mandolin, Alex Hart on backing vocals and multi-percussionist Toby Kearney at Middle Farm Studios in Devon to conjure this new body of work.

The album stays true to his strong narrative roots and the ensemble enriches the songs without detracting from Lakeman’s hallmark instrumental virtuosity on violin and guitar. Alex Hart’s harmonies blend beautifully throughout, at times adding a hint of Nashville, as on the tracks Bound to Someone and Side by Side. The synergy of the players particularly apparent in the as-live recordings of Fallen Friend and Underground.

This album will be available in a double vinyl version, which lends itself well to the division of themes in the tracks. The opening track Hollow immediately challenges the listener with its constant refrain "Did you hear …?" over a striding beat and strong social commentary. In the same vibe, single Higher We Aspire is a treatise on self-belief. We also find amongst this first half a whimsical ballad about the rescue of a 30ft giant that foundered on a rocky coast with a catchy fiddle line and a moral ending to the tale.

From track 8, there is a transition to a collection of elegiac songs which are real growers. The Lark is an idyllic account of a couple that notice a skylark whilst enjoying some coastal canoodling. It has a languid lullaby quality even when the arrangement broadens out. The ensuing tracks extend the theme of remembrance of various types: for friends lost at sea, for loss of rural traditions and industries, and offers stories that invite further research.

An honourable mention for the final track, Constantly, which is a bucolic lover’s pledge to remain constantly with their partner via nature beyond their separation (either geographic or mortal; this is left to our interpretation). This is one of his finest songs and a devastatingly beautiful finale to the album.

Make Your Mark is a well polished record which showcases Seth Lakeman’s songwriting prowess, enhanced by a strong group of collaborators that provide a fulsome backcloth to the songs. A very enjoyable listen.