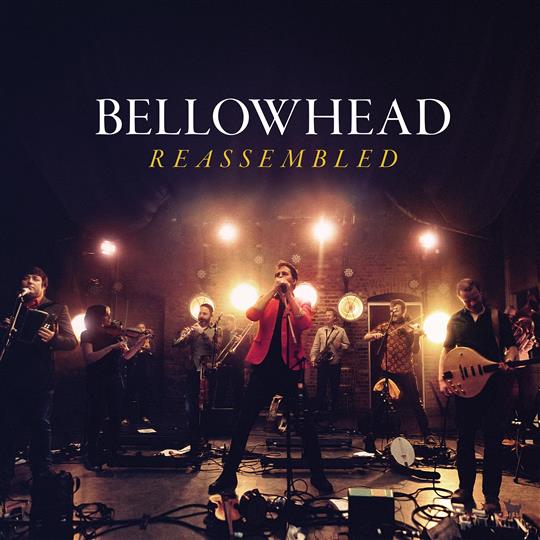 2020 saw many old friends taking the time to reconnect. Among them was original folk big band Bellowhead, who reunited for a one off live-streamed concert last December.

The results have been mixed down by the band’s long time sound tech Andy Bell, and released as a live album. Reassembled features the band that were at the centre of the English folk scene during and since their ten years on the road dusting down a selection of the traditional songs and tunes that they used to regularly perform to audiences of thousands.

The four year break did them no harm judging by the results here. Roll Alabama and 10,000 Miles Away are taken at a brisk clip, the latter featuring plenty of excited yelps from frontman Jon Boden, while there’s plenty of snap and strut on Cross-Eyed and Chinless and The March Past

Fan favourite Sloe Gin sounds as good as ever, from the bouncy melodeon on Frozen Gin to the tight horn blasts on The Sloe, all the more impressive for the fact that first-time bellow-dep Nick Atwell is providing the trumpet line. The only thing Roll The Woodpile Down lacks is the sound of a crowd joining in the epic singalong chorus, while an enjoyably unhinged thrash through Little Sally Racket doesn’t miss a beat.

Over the course of 74 minutes they also find time to visit some of the more overlooked corners of their back catalogue. Deep cut Captain Wedderburn balances out the bangers, while Parson’s Farewell takes on a new energy, and band and singer find an extra gear on late career gem Rosemary Lane.

Reassembled is a worthy addition to the Bellowhead discography, doing what previous live releases struggled to do by matching the energy of live performance with the control and clarity of studio sound. Small details that are less prominent on the studio versions are brought to the fore, such as Benji Kirkpatrick’s bubbly tenor banjo on London Town or the ornamentation as John Spiers attacks Fete du Village with relish.

As well as serving as a perfect reminder of why Bellowhead were the first phone call made by festival bookers year after year, Reassembled also acts as an ideal overview of and introduction to the career of the band who helped jump start the latest wave of the English folk revival. The next best thing to seeing them live on stage.