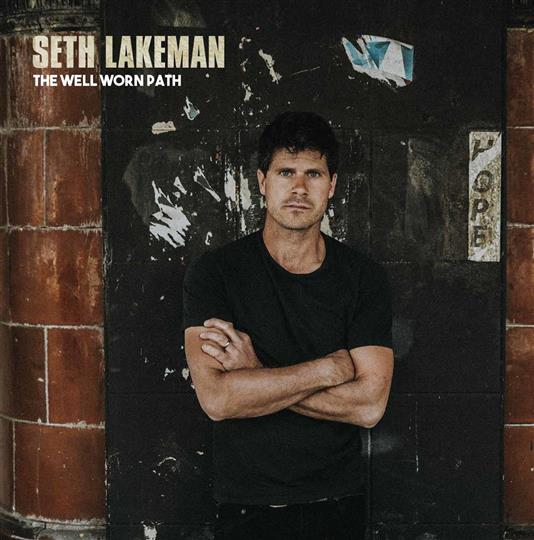 I have a theory that folk music is a mix of sentimentality and anger. The Well Worn Path revels in this combination; the opening track, Bright Smile, centres around the lyrics “her bright smile haunts me still.”

Bright Smile introduces Lakeman’s folk rock influences particularly the magical inspiration of those elements. Despite the broken hearted lyrics, Lakeman sings with a clear and defined independence. She Never Blamed Him, is more sentimental in its consideration of a failed romance. Backing vocals from Lakeman’s sister-in-law, Kathryn Roberts, softens the hard edges and enforces the song’s female voice.

Both Fitzsimmons’ Fight and The Educated Man demonstrate Lakeman’s knack for storytelling, as he sings with a conviction that brings the characters alive. Fitzsimmons’ Fight is a great piece of storytelling depicting an old and epic boxing match which lasted more than 100 minutes. Fair warning: googling Bob Fitzsimmons is a bit of a time sink.

The Educated Man, a coming of age song, describes a schoolboy taken under the wing of a traveling stoic. One day, without warning, the schoolboy finds the man’s caravan empty. The sentimentality of the lessons the young boy learned is mixed with the anger at manner of the man’s leaving.

Just as She Never Blamed Him is a quasi sister song to Bright Smile, Lend a Hand feels like a companion to The Educated Man. As the name suggests, Lend a Hand is another reflection on the effect we can have on others.

The second half of Well Worn Path is more socially engaged. Divided We Will Fall, is the album’s centrepiece in that it calls the most attention to itself. The song is not overtly political but it is a pointed and urgent indictment of where British society finds itself. The punk like rhythm and catchy chorus line creates another song that will play great live. Dripping with sarcasm, Dig New Ground is a more explicitly political reflection on the promises of supply side economics.

Closing out on the title song Lakeman hits a sentimental and atmospheric note. Like the reflections on love that opened the album, The Well Worn Path is a strange but powerful mix of remorse and pride.

The Well Worn Path is not the happiest album, maybe that’s just a sign of the times both national and personal. However, Lakeman’s quiet pride and dignity provides the promise of better times in the future.