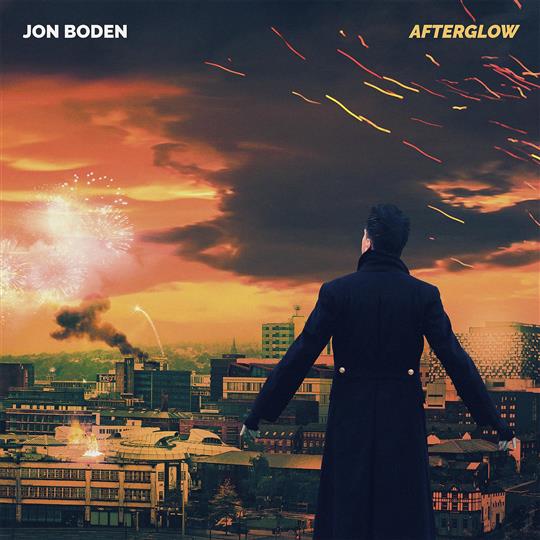 Jon Boden has returned with his first solo album since the breakup of Bellowhead. In Afterglow, the follow-up to his 2009 apocalyptic concept album Songs From the Floodplain, Boden moves his exploration of the end of the world from the countryside to the city.

It’s not a desolate world though, but one of bacchanalian, anarchic revelry in which two lovers find themselves swept up.

Afterglow has far more in common with Boden’s previous solo work, though with traces of Boden’s years in Bellowhead running through it.

As with Songs From the Floodplain, in Afterglow Boden paints a vivid picture of the new world through his own compositions. It is occasionally a bit too on the nose, primarily in the enjoyably eerie Yellow Light, where Boden seems to tick off most of the visual tropes of a decayed urban landscape: burning oil drums, hollowed out factories, and so on.

Moths in the Gaslight has a quiet urgency powered by a bass heartbeat, as he paints a picture of his protagonists drawn inexorably to the carnival set amidst the city’s ruins.

Bee Sting alternates between a delicate guitar melody and pounding percussion, juxtaposing the couple’s blossoming relationship with the wild abandon of the party. This is something Boden has always been good at - writing music that pairs seamlessly with the content of his lyrics.

Wrong Side of Town meanwhile features an infectious singalong chorus. The whole album is all unmistakably Boden, but not without its own sense of variety.

His singing remains as fine as ever, though he seems to be doing just a little bit more with it than he perhaps did during his Bellowhead years.

Afterglow is supposedly the second in a musical trilogy, all set in the world after society is radically reinvented. Having done country and city, it will be interesting to see where Boden goes next.

It’s hard enough to create music that leaves the audience looking forward to the next release. To create a musical narrative engaging enough to make the listener want more of the story is a rare achievement.

1. Moths In The Gas Light
2. Afterglow
3. Bee Sting
4. Wrong Side Of Town
5. Fires Of Midnight
6. All The Stars Are Coming Out Tonight
7. Dancing In The Ruin
8. Burning Streets
9. Yellow Lights
10. Aubade