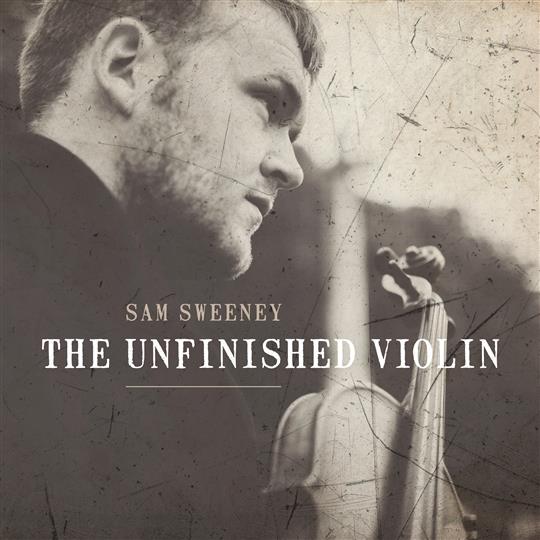 After staging the Made in the Great War album and tour to mark the centenary of the start of World War One, former Bellowhead fiddler Sam Sweeney returns with The Unfinished Violin, 100 years after the end of that conflict.

The album takes its name from Sweeney’s instrument, which was carved by British soldier Richard Spencer Howard in 1915 and only completed years after his death at the Battle of Messines. The material largely consists of tunes dating from the period, some of which were regimental marches, others inspired by the war.

It’s as well that the violin was put together, as Sweeney coaxes an exquisite tone from it. Young May Moon is an excellent example of light-touch jig playing, while he tackles the high notes of Valiant Soldier perfectly.

Naturally the mood tends towards the gentle and reflective. The deeper qualities of the often simple tunes are brought out well by the rich chordal arrangements of Rob Harbron’s concertina and the backing trio of strings, on the likes of The Wellesley and The King of Prussia’s March.

It is not a purely solemn album though, with Sweeney and the band digging into The Girl I Left Behind Me and The Old Brags. Meanwhile The Rising of the Lark sees them sometimes tugging at the off-beat, at others leaning into phrases to give them extra weight.

The Unfinished Violin is a tasteful commemoration of the lives lost, with well researched and thoughtfully penned liner notes on the relationships between the tunes and the war. Most importantly, the music fits together and has emotional impact apart from the overarching concept.

Altogether, a fitting tribute to the deceased that skilfully links past and present.

Released on CD and download on Island Records on 2 November 2018. Produced by Andy Bell and Sam Sweeney.