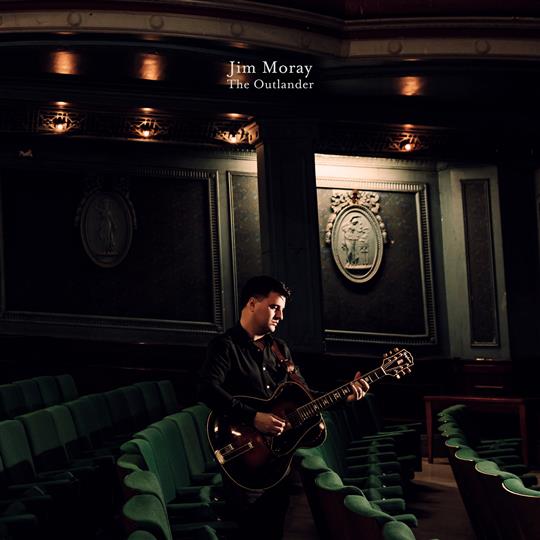 From massed brass and string ensembles to sampled vocals and drum machines, much of Jim Moray’s work over his six previous solo albums has been based on distinctive instrumentation and idiosyncratic arrangements put together piece by piece in the studio.

The Outlander sees him going back to basics. The product of a few days spent jamming in the studio on semi-acoustic guitar with Sam Sweeney on fiddle, the album features a rotating cast of guest musicians including Josienne Clarke, Nick Hart and Jack Rutter lending their talents on a selection of traditional British and American ballads.

Despite his radical change of approach, the arrangements still have Moray’s musical fingerprints all over them. For starters, opening track Lord Ellenwater is underpinned by an angular, modernist viola line and contains more than a couple of juicy chord changes.

Even a pared down palette of instruments provides an opportunity for some characteristically potent harmonies, such as on When This Old Hat Was New; one of those topical songs from years gone by that remains too near the bone. Meanwhile The Isle of St Helena and Australia form a brace of cautionary tales; one about a self-styled emperor, the other a working man.

It’s not all subdued and melancholy numbers though, with a rousing version of John Barleycorn that it’s hard to resist singing along to. A better example of how to do a full-blooded and vigorous straight bat treatment of a classic couldn’t be wished for.

Similarly Jack Tar Ashore has as much rhythmic drive as anything with full drum kit on, despite only being assisted by some well timed handclaps and equally vigorous fiddling, negotiating the irregular timings with ease. On both this and Bold Lovell, the ensemble combine a stonking beat with well executed dynamics.

To close, there’s a melancholy version of The Leaving of Liverpool that captures the sentiment of the lyrics much better than the more often heard blasts through that number. As elsewhere, Moray coaxes beautiful tones from his vintage archtop guitar, his sometimes overlooked skill on that instrument getting placed front and centre.

Having built a reputation on placing traditional music in highly original and often unexpected contexts, on The Outlander Moray shows that he’s more than capable of producing no frills folk that’s enough to make anyone fall in love with these songs all over again.

Released on CD and Vinyl July 1 2019 and digitally October 11 2019 on Managed Decline records.