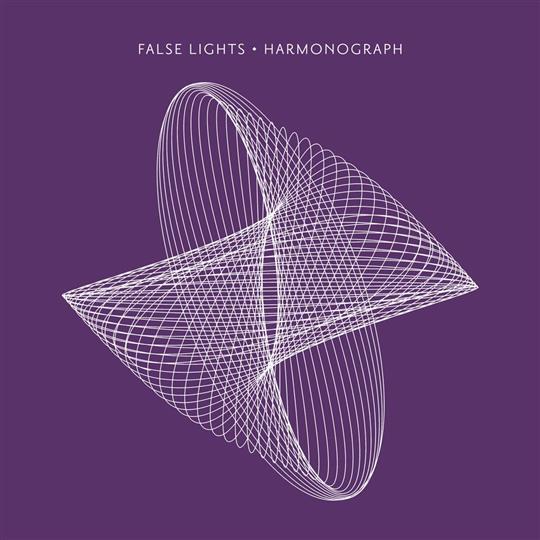 In that beast known as folk rock we often find that the ’rock’ element tends to be closely rooted in whatever were the current rock influences of the period. Late ’60s Fairport Convention, mid ’70s Steeleye Span or late ’80s Oysterband all captured that Zeitgeist perfectly; and some classic albums came about as a result.

It is not unreasonable to insist, therefore, that if this melding of the two genres is to continue in a meaningful sense that it is time for some more contemporary influences to be embraced.

The first False Lights album Salvor was released in 2015 with a mission to make ’folk rock for the twenty-first century’ and won many fans as a result. Harmonograph continues in that vein and there is an unstoppable energy and momentum about the album from the very start.

Nearly all the tracks on the album are traditional songs from the folk canon, augmented with a couple of adaptations of traditional hymns alongside a tune composed by the group’s Tom Moore. The album is steeped in history and draws on some wonderful folk tunes but it celebrates traditional music without ever being constrained by it.

The lyrics to folk songs like Murder In The Red Barn remain as dramatic, as unforgiving and as brutal as ever; but being removed from any archetypal folk stylings in terms of delivery they are given a potency that is quite startling against a backdrop of jangly indie-sounding guitar and breezy, contemporary-sounding vocal delivery. It really makes the listener hang on to every word of every song.

A stellar line-up of Jim Moray, Sam Carter, Tom Moore, Archie Churchill-Moss, Barnaby Stradling and Stuart Provan means there is never any let up in quality and there is plenty of virtuoso musicianship as well as bags of energy and creativity.

This album is a clear demonstration that False Lights continue to impress and innovate on the road on which they started back in 2015. It does not mean that we have to put away our Fairport Convention, Steeleye Span or Oysterband albums but it does mean that in Harmonograph we have some twenty-first century folk rock that can easily stand proudly beside them.

Released on Wreckord Label on 2 February 2018.