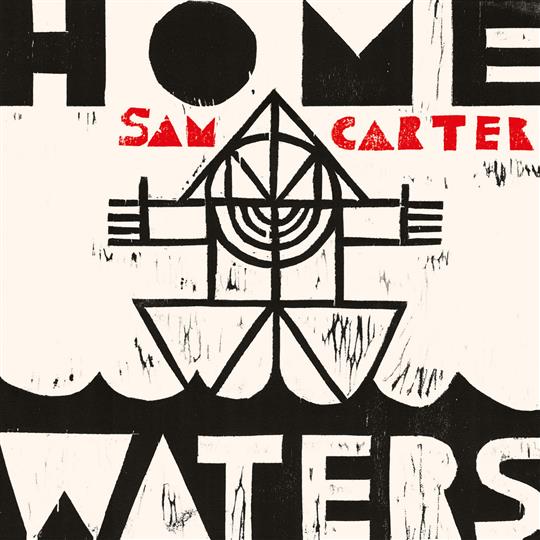 Four years on from previous solo album How The City Sings, Sam Carter is back with his fourth long player, Home Waters. With a host of side projects and collaborations under his belt taking in everything from the theatre to fronting folk rock insurgents False Lights, much has occurred in both his career and the wider world since then.

On his latest release Carter has abandoned the bass and drum accompaniment of much of his previous work, instead relying on his considerable skills on acoustic guitar to convey his well-crafted original songs. He more than holds it together on his own; Down At The Forge matches the steady hammer-like beat of his thumb on the lower strings with knotty and intricate lines spiralling above them, while the Appalachian stylings of She Brings Me Home sound remarkably tranquil considering the rate at which notes pour out of his instrument.

This instrumental flair is supplemented with tasteful additions throughout, not least the presence of a string quartet. Producer Ian Stephenson’s expansive scoring adds depth to the reflections on mortality and religion on Sandy Denny’s Bushes and Briars, and creates an unsettling wave-like effect on anti-Brexit tirade Fly The Flag.

Though, even on the latter, Carter avoids littering his lyrics with contemporary references, he’s not adverse to commenting on current events. Grenfell Road is a lullaby-cum-polemic whose subject only becomes abundantly clear by the last verse.

Whether describing the disregard for life that manifests itself in hostile border policies and flammable cladding or the cherishing of it described in hushed love song Slow Waves and coming of age anthem Ships In The Night, Carter’s rich baritone imparts a warm and intimate quality to whatever he sings. This is especially true on Surprise View, which combines measured pace and chord progression to build anticipation towards a belter of a chorus that’s worthy of the top ten, with an emotional sucker punch waiting to floor the listener in the second verse.

Home Waters sees Carter adding experience to the depth and pathos of his previous work, confirming himself as the complete package as a lyricist, composer, guitarist and singer.

Released on CD and digitally on Captain Records May 1 2020. Produced by Ian Stephenson and Sam Carter.