Andy May Trio - Just a Second 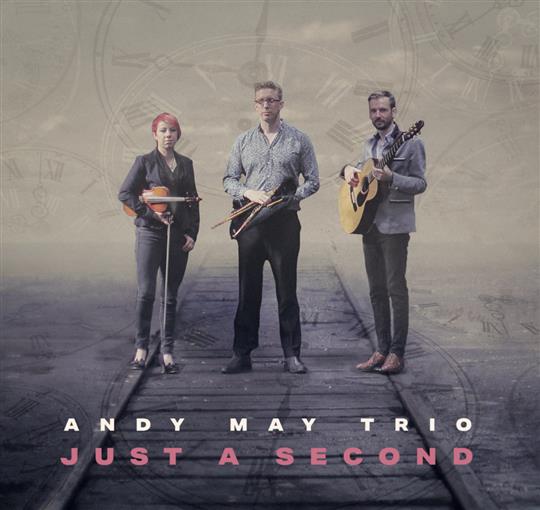 After their acclaimed first album About Time, the Andy May Trio featuring Ian Stephenson on guitar, double bass and accordion, fiddler Sophy Ball and of course Andy May on Northumbrian smallpipes and piano released their much anticipated new album. For Just a Second they gathered a number of original compositions and ancient tunes from old sources, mostly from the North East of England, but with some Scottish and Irish elements too.

The unusually titled opening track #AngryFolkyRant immediately displays some of the features of the trio’s sound, the natural and sophisticated interplay among these three highly talented musicians above all. The Lock Keeper Set is the best example of the musical inventiveness of these artists: the first jig was composed by May for a Northumberland dancing company called The Hummingbird, to represent joyful mythical spirits dancing in the forest.

Alongside self-penned material, there are tracks of only traditional tunes. Tweedside is a set of two ancient tunes; the first one was recorded in Joshua Jackson’s collection of 1798, probably entering in the piping repertoire thanks to Robert Bewick, though its origins have been traced back to at least the 16th century; while the second one is from William Vickers’ manuscript of 1770.

The trio also recorded their rendition of Sir Samuel Ferguson’s Lark in the Clear Air in the Church of St. James and St. Basil in Fenham. The album could not have a better conclusion than the sweet and vibrant tones of May’s Northumbrian smallpipes magnified by this Victorian slow air.

The influence of medieval and baroque music on the arrangements and on the compositions the trio have chosen is beyond doubt: it is particularly perceptible in the multi-layered variations, in the refined ornamentation and in the notable number of rants, a form of dance music, a sort of blending of a reel and a hornpipe, that had its greatest diffusion between the 16th and 18th centuries, mainly in Northumberland.

However, there are also moments in which elements from other genres feature in a pleasant cross-pollination: this is the case of the short humorous touch by Ball’s fiddle on Tipp Staff, or the even more remarkable impressionistic fiddle and accordion passage on the first tune in Maggott, taken from Playford’s Dancing Master before May’s smallpipes enter again, leading the trio back to the tune.

Famed for his virtuosic piping and innovative approach to ancient forms of music, Andy May is once more leading the way with this forward-looking project. Clearly this trio enjoys playing together, as only a group of three friends can do, just as their audience love to listen to their music.

On their second album one definitely gets the sense that the trio has found the perfect creative harmony among the different artistic backgrounds and individual playing styles of its members, resulting in one of the most spellbinding releases of the last few years.

Released on CD and digitally on 6th January 2020 by Ashwood Records, recorded at Simpson Street Studios, Thropton, and at St. James and St. Basil Church, Fenham. 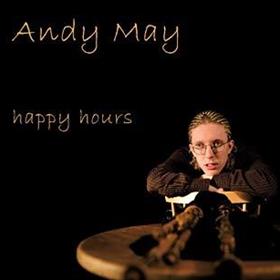