Rachael McShane - When All is Still 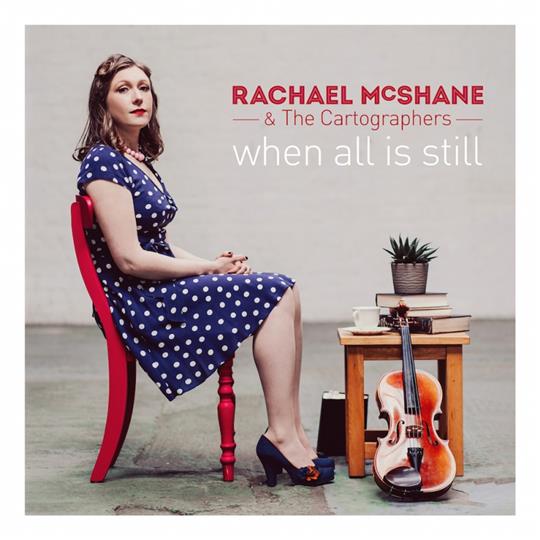 With the release of When All is Still, Rachel McShane strides confidently into her post Bellowhead career. Although technically her second solo album the nine year span between this and her first makes When All is Still a reintroduction of McShane as a solo artist.

Supported throughout by the Cartographers, Matthew Ord, and Julian Sutton, McShane is also joined by a large collection of guest artists. The vast number of guests allows McShane and the Cartographers to achieve a breadth and depth that would otherwise be beyond them.

When All is Still has no overarching theme or reason d’ etre - not that it needs one. However, the album’s various subjects such as The Molecatcher, Cropper and Ploughman Lads create the feeling that you are siting in a local village pub collecting stories of the locals.

McShane plays with comforting straightforwardness. The absence of any avant garde experimentation gives When All is Still a layer of comfort which doubles down on the local pub comparison. While a good number of the album’s guest artists are other Bellowhead alumni McShane succeeds in putting clear blue water between her playing and that of Bellowhead.

The gothic Two Sisters provides McShane with the perfect opportunity to showcase her voice. McShane’s singing is highlighted throughout, somewhat at the cost of her ability to play the violin. Granted this decision is understandable for a musician planting her flag as a solo artist and planted her flag she has.

The guest artists, the characters described in song, and McShane’s sense for a good tune make for an album that feels like one great folk session. McShane appreciates that people are at the core of folk music. Throughout When All is Still McShane sings about people, with people, and for people. She has a musical instinct that will take her far.

Produced and Engineered by Ian Stephenson. Released on August 20, 2018 by Topic Records.