The Transports - A Tale of Exile and Migration 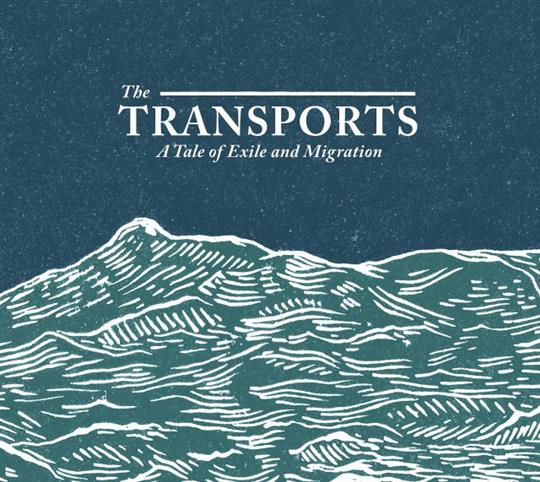 This reworking of Peter Bellamy’s ballad opera, based on a true story of two convicts from his native Norfolk, contains new musical arrangements by Paul Sartin and a new and detailed narration written and expertly delivered by Matthew Crampton.

Unlike in musical theatre shows, where two of three songs stand out, here each song is strong enough to stand on its own. Paul Sartin is the first to sing, bemoaning the hopeless plight of the poor.

The Robber’s Song, a homage to the joys of crime, is sung with great gusto and defiance and even a smattering of humour by David Eagle. A similar level of energy comes across as Greg Russell sings The Humane Turnkey, in his role as John Simpson, the story’s hero, and Michael Hughes as the coachman of the Plymouth Mail which takes Simpson to London.

There are two particularly fine pieces sung by the women. The Leaves in the Woodland is exquisitely delivered by Nancy Kerr, beginning a cappella, and joined by poignant string accompaniment. Rachael McShane joins in duet for some of the verses, but it ends starkly with Kerr singing unaccompanied again as she advises against marrying and having children as it will only result in heartbreak.

McShane’s solo song, I Once Lived in Service, details the life of a young woman servant. This striking and beautiful song is delicately accompanied by the strings, with the ensemble joining the refrain. In this song, McShane’s character, Susannah, contrasts the freedom of her life in prison with the slavery of her life as a maid.

The production is brought right up to date with Sean Cooney’s Dark Water, a true story of refugees escaping persecution by swimming to a new life. The song’s theme of hope and determination echoes the story of Henry and Susannah. The song stands well alongside Bellamy’s folk ballads.

The whole ensemble joins together in glorious unaccompanied harmony in the chorus of The Green Fields of England with the verses passed around the ensemble. More rousing harmony is heard in Roll Down, with Saul Rose as the Shantyman, bringing this fine reinterpretation of Peter Bellamy’s timeless masterpiece to a close.