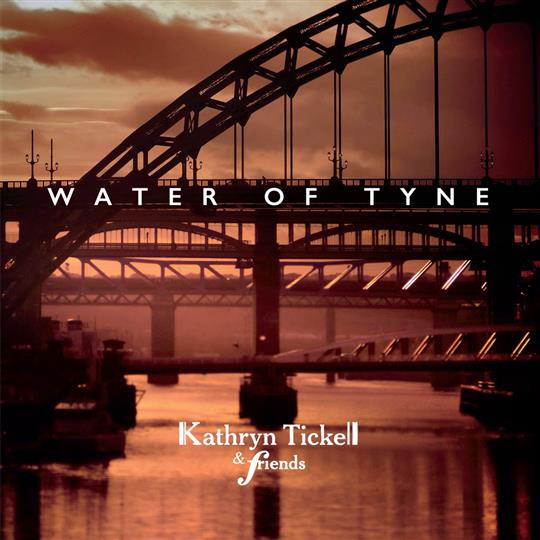 Is there a corner of England as brimming with regional pride as the North East? True or not, Magnetic North East, a new record label and agency set up with the aim of championing Northumbrian culture, marks its first release with Water of Tyne.

Both label and album are the brainchild of Northumbrian small pipe and fiddle virtuoso Kathryn Tickell. With a rotating cast of musicians drawn from the region, Water of Tyne consists of 13 tracks inspired by the eponymous river.

This includes traditional material, such as the title song. Opening the album sung by Hannah Rickard, it later resurfaces as an instrumental duet between Tickell and accordionist Amy Thatcher, conjuring the subdued image of the river flowing out to sea at sundown.

On Canny Keel Lad, Rachel and Becky Unthank sing a lament for a young paramour taken from the coal boats that once ploughed the Tyne and press ganged into the navy. A more contemporary tale of love lost on the river’s banks is the bluesy Song for a River at Night, Rickard taking the sultry Peggy Lee role with aplomb.

Similarly melancholy, but for entirely different reasons, is Bob Fox’s rendition of the Jimmy Nail-penned Big River, as he wistfully describes the decline of shipbuilding on Tyneside. The closing seconds contain a quote from Geordie nursery rhyme Dance Ti Thy Daddy, whose lyrics are incorporated into new composition and following track Dance (To Your Daddy).

Three other traditional Tyneside songs have their tunes borrowed as the basis of three ’semi-improvised’ instrumental interludes. While it’s interesting to see the idea of improvisation of this sort being applied in a folk setting, the themes aren’t quite pulled about to the extent that a modern jazz soloist might.

But the most potent track comes at the close with Coaly Tyne. In searing bass tones, Mike Tickell relates the story of the river’s transformation from a conveyor belt of fossil fuel into a habitat for wildlife, with no small hardship for its human inhabitants.

Due to the shifting line ups and musical approaches from track to track, it’s probably best to treat Water of Tyne more as a series of snapshots of Tyneside life past and present. And the overall feel of the music is much like the stereotypical Geordie: warm, agreeable and rarely dull.