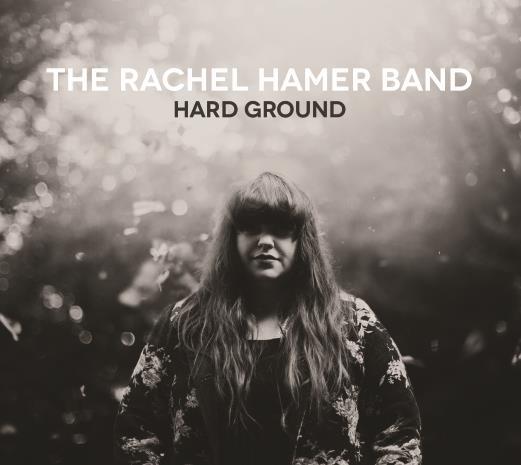 The best way to describe The Rachel Hamer Band’s sound is as the musical version of rustic cooking. Local ingredients presented in a clean and simple fashion.

In Hard Ground, The Rachel Hamer Band, drawing on the experience of the region from which they hail, play without pretensions, producing a sound that is sophisticated without being imposing.

Hamer’s rich and full bodied voice is hard to describe but fascinating to listen to. The other three members of the band, plus special guests, expertly punctuate Hamer’s singing. Guitarist Graeme Armstrong keeps the rhythm, and in the faster tracks supplies a real sense of momentum. Sam Partridge, on flutes and whistles, plays with a haunting style that
compliments Hamer’s voice. Grace Smith, on fiddle keeps things interesting between verses
and rounds out the band’s sound, she is also a great backing singer.

While each member demonstrates their technical ability, they are never competing with one
another for attention. Throughout Hard Ground there is a discipline and clarity of vision that makes the listening experience pleasant and stress-free.

All the band’s members hail from England’s North East, so understandably Hard Ground looks to the region’s mining community for material. Bevan Boys, the album’s only original track, records the story of the roughly 48,000 men who spent the Second World War mining for coal, and demonstrates Hamer’s talent for song writing as well as singing.

Roughly half the tracks explicitly reference mining, the remaining can all be described as concerning working class life.

If there is one criticism to be made, it is of the album’s structure. Those songs that expressly
concern mining are packed into the second half of the album and the shift in subject matter is a little jarring and confusing. The inconvenience is minor though; you’d be listening to the album again anyway.

Hard Ground is a great paradox. The Rachel Hamer Band play with wonderful simplicity yet also with a richness and depth that means Hard Ground demands and delivers on multiple replays.