Graeme Armstrong - You are Free 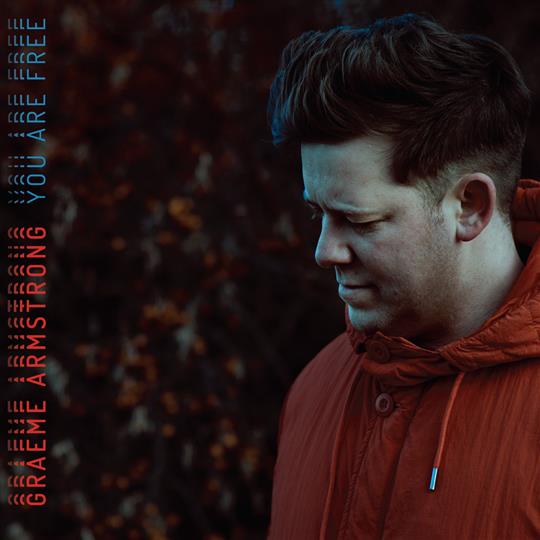 You are Free is an impressive debut solo album by Graeme Armstrong, unsurprising given he has demonstrated his prowess in many different lineups over the years. This is an album with an innovative new take on existing material, as well as original songs that will undoubtedly become an inspiration to many.

The album begins with The Isle of France, a traditional song Armstrong learned when he was growing up. The song is brought is brought to life by Armstrong’s passionate singing, and given a distinctly modern sound by Keir Long’s synth.

The title track, You are Free, was written by Armstrong about the loss of a close friend. Its heartfelt singing, synth-driven riffs and carefully curated chords are representative of the whole album. William’s Song, another original, is about his experience of becoming a father. Armstrong’s guitar playing compliments his vocals harmonically and rhythmically, and is accompanied by a sumptuous soundscape of strings, backing vocals, keys, synth.

As well as electric guitar, My Son David features a full brass arrangement from Michael Owers, giving it a sound unique from the rest of the album and even other versions of the song. The Beast, written by legendary Scottish musician Michael Marra, is a beautiful cover of the song with an elaborate interplay of accompanying musicians. Bevan Morris’ double bass, Rachel Newton’s backing vocals, Duncan’s Lyall’s piano and more brass from Owers all give this track a remarkable quality.

Sit Alone is an example of music being a comforting outlet for Armstrong during a breakdown of relationships in his family. A strong backbeat develops from a relieving silence, alongside more synth riffs. Finally, the album closes with another traditional song from Armstrong’s childhood, Fine Flowers in the Valley.

Each track on You are Free flows smoothly into the next, bound together by the creative mind of Armstrong; yet every track is unique in its sound and reason for being on the album.

There is valuable sentiment attached to every track and this is delivered perfectly by Armstrong and all the musicians. The folk scene will look forward to more solo work from Graeme Armstrong.

Released on 22 April 2022 on CD and digitally.
Recorded at GloWormRecording by Andrea Gobbi and ’at home’ by Graeme Armstrong and the Guest Musicians.