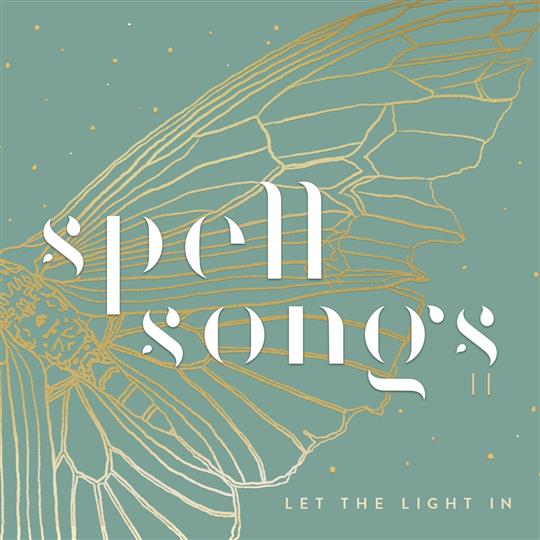 This time round, the musicians have turned their collaborative attention to its equally successful sequel, The Lost Spells. A second collection of meditations on British wildlife and flora, it embraces instruments ranging from kora and Indian harmonium to cello and oboe, informed by influences spanning Senegal and the Orkneys, punctuated with spoken word, natural world samples and children’s voices.

The album opens with Polwart singing lead on Bramble. A sparse, claustrophobic, pulsing keyboard arrangement entwined like the plant in the hedges with cello lines, it breaks into a fluid tinkling, waltzing bridge with light wordless vocals as Fowlis emulates a song thrush, before ending as it began.

It flows, then, into for the understated piano waltzing St Kilda Wren, a traditional Scottish number airily sung primarily in Gaelic by Fowlis, which, with its refrain of “I can’t reach you”, reinforces the constriction of the brambles in evoking images of the pandemic isolation.

The musical colours change with the arrival of Drever taking lead on Oak, the opening acoustic guitar unfolding into a slow march drum beat driven folk rock number with underlying Richard Thompson-esque flavourings, celebrating the might and power of the iconic British tree, and featuring the sound of Edinburgh Schools’ Climate Strike 2019 and with Keita singing a chorus in Mandinka.

It’s back to ornithology as, accompanied by birdsong, harpist Newton steps up to sing her lively setting of Swifts, soaring on kora and percussion wings to capture the giddy freedom of those gung-ho, thrill-seeking, “wheelie pullers”. She passes the vocal baton mid-air to Keita for the slower pulse of Jay with its clicking Senegalese beats, the cyclical regenerative theme of the poem encapsulated in the round-like call and response gospel-tinged chorus.

The shortest track at under two minutes takes the album back down to earth for Daisy, Beth Porter singing childlike lead with harmonies from Polwart, Fowlis and Newton on a simple summery ukulele lilting folk song, partially inspired by her daughter, about “acre upon acre of tiny suns”. Molyneux finally takes his turn in the spotlight accompanying himself on piano with cello and backing harmonies for his arrangement of Swallow Spell, a conjuring of the return of the warmth and hope of summer to drive away the cold and misery of winter captured in the imagery of the seconds between a child’s shallow breathing.

Initially sent to Fowlis some years earlier to set to music, Bird Of The Blizzard, which again features a chorus in Mandinka, depicts the Snow Bunting’s flight from glacier to tundra in search of the fading splinters of winter serves to introduce a theme of climate change (“The water is rising/The earth is getting warmer”) underscored by the rumbling of minor chords.

Once again featuring Keita singing in Mandinka, Polwart returns to take alternately soft-toned and soaring lead with Thrift (Dig In, Dig In), a reference to the perennial often called Sea-Pink. A playful rippling melody line carries the song (and another pandemic note) about grace and resilience in hard times, a reminder that “hardship is a limit not a failing”.

Returning to the album’s opening prickly imagery, the flora metaphor is extended to Gorse, all pizzicato cello notes and piano trills with cascading notes somewhere between operetta and music hall, with Porter delivering a lyric that initially seems almost xenophobic (“Raised hackles, speaks sharply/Keep out, stay back, get off my land!”) but ultimately proves designed to provide a wildlife sanctuary as “prickles protect fragile feathers/Seeking love and giving shelter”.

Making his second lead appearance, inspired by the book’s The Red Fox Spell, Drever offers up Red Is Your Art, a lovely tumbling rhythmic Celtic folk melody graced by harp billows that takes the hunting of the fox as a protest song metaphor for mankind’s blind destruction of nature. He’s followed by Fowlis, Keita, and Polwart alternating on Barn Owl with, individually, quietly spoken Gaelic, softly sung Mandinka and a Scots proverb about taking no more than you need, as the kora evokes the owl’s silent nocturnal hunting.

As delicate as the subject suggests, with its soaring melody, acoustic guitar and keyboards, in what almost feels like a prayer, Moth has Polwart enumerating the names of the moth population, the lyric both speaking of the thinning of the insect population but also of the light as a symbol of hope. Opening with harp, the last of the bird poems, Curlew, a meditation on release and mortality, brings together Newton, who takes the main vocal part channelling the “Unearthly song of an eery singer”, before a percussive mid-section features Keita and Drever sharing verses, the track building in power and intensity as it vanishes into the clouds.

It ends, then, back on earth with icicles of piano notes and a wintry lullaby about another, mystical tree, Fowlis getting under the bark of Silver Birch, the “watching tree”, the lyrics couched in folklore as, classical guitar picking up the thread, she sings of dark dreams as darkness steals the light, and, once, again, the protective power of nature as dawn returns to bring the sun and the blackbird takes flight into a new day as birdsong fades away into the ether.

Accompanied by an illustrated 48-page booklet, and with a tour planned for early 2022, this is a beguiling, intoxicating journey into the fecundity and magic of the natural world in the company of some of the finest folk musicians this country has to offer.