The Furrow Collective - The Longest Night 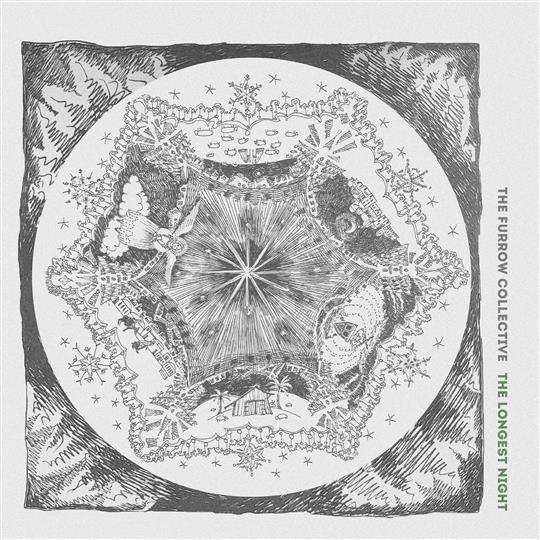 After almost two years without meeting in person, The Furrow Collective, namely Rachel Newton (vocals and harp), Alasdair Roberts (vocals and guitars), Lucy Farrell (vocals, tenor guitar and viola) and Emily Portman (vocals, Wurlitzer and banjo), came together at Halsway Manor in West Somerset to take part in a week of folk music courses. The stunning location and the wintery weather made them dig into traditional archives to find some seasonal songs and carols, four of which became their latest EP The Longest Night.

Each one of these tracks is delivered by a different voice and on different substrates of fretted instruments, viola and harp, but the common themes of winter and of the renewal of nature shine throughout the release. From the opening Halsway Carol to the medieval Cherry Tree Carol, from Maddy Taylor’s The Lambskin Carol to final track The Wexford Carol, an intriguing incursion into the Irish repertoire, this EP approaches its concept from many different angles and with a good variety of styles.

Lyrically poignant or more light-hearted, these songs, old and new, are delivered with spontaneity. Each one of them conveys the sense of intimacy of the 15th century room in the Quantock Hills they were recorded in, allowing the genuine musicianship among these artists to become palpable. It is more than a seasonal EP, it is the result of the love for making music together.

1. The Halsway Carol
2. The Cherry Tree Carol
3. The Lambskin Carol
4. The Wexford Carol