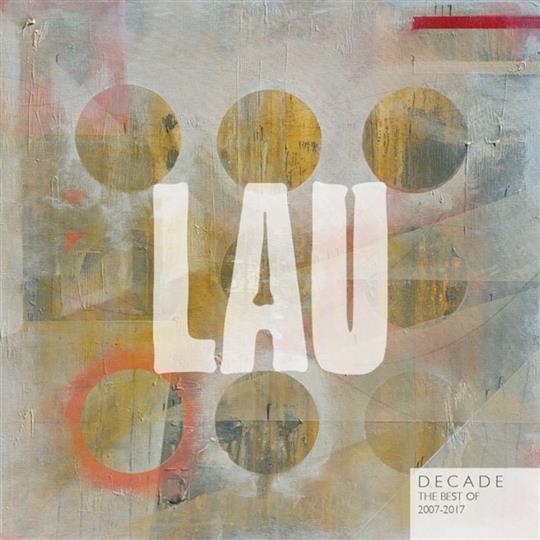 Ground-breaking and multi-award-winning, Lau often land in what The Guardian’s Kate Molleson has called “the part of the Venn diagram where folk overlaps experimentalism and classical composition and pop songs.”

Decade naturally commemorates their ten years together and comes curated by Tom Rose, with a strong fan input on the track selection. It’s a compilation that may prove pretty redundant to the hordes who already own and know everything and who’ve experienced the journey so far.

They may bemoan a missed opportunity to opt for a more in-depth trawl through the archives to unearth a treasure or two, which is often the selling point of a compilation; in the days of easy access and playlists, the value of a ’best of’ might be less appealing.

Perhaps the value lies more in seeing what choices have been made from Lau’s four albums. This seems to be aimed more at the casual folkie for whom Lau might be a new proposition.

Chronological sequencing provides the chance to plot their progress, albeit in selected chunks. Unquiet Grave provides a suitably grand and stately opening, and while it’s a well-established song, it gives a flavour of the trio’s initial approach to handling traditional material. It’s also a fairly faithful reading bearing in mind the way Lau would take musical twists and turns over the next decade.

The early days are inevitably represented by the swirling Hinba, and the appearance of Gallowhill gives a hint of the connections the three are making as the ’tried and trusted’ starts to combine with their ambitions to begin to explore taking the form into the unknown.

The instrumental exploration of what could be their signature tune Horizontigo, and The Burrian might usually be reserved for progressive rockers. The notion of never knowing what’s going to be around the next bend starts to be a familiar feeling.

On the other hand, compilations are always open to critique and some may bemoan the absence of the more avant garde and innovative adventures, yet that’s all part of the journey of discovery to come for those for whom Decade is going to be a safe introduction to Lau. It’s a great intro to what the fuss has been about, but only the tip of the iceberg.

Decade may ultimately become a pause point while the trio take time to take stock and consider their next steps. One guarantee is that the future will continue not so much along the path of challenge and invention, but further towards the uncharted territory that leads from it.