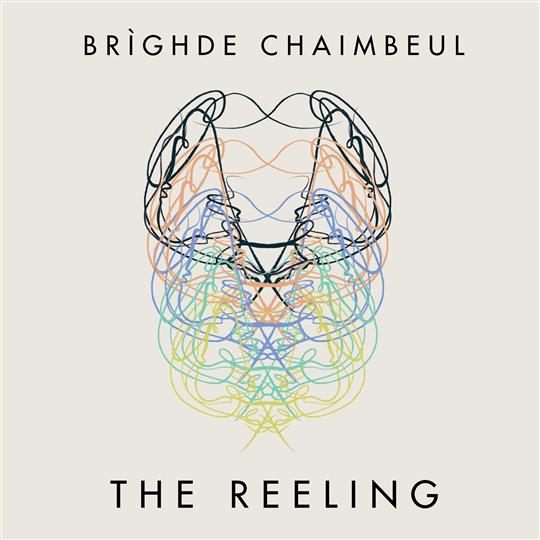 In the Georgian East Church in Cromarty, without any electronic processing, Brìghde Chaimbeul recorded her debut album under the skilled guidance of avant-garde fiddler and producer Aidan O’Rourke. The Reeling is a collection of tunes abiding in the Gaelic tradition, some of them taken from Patrick MacDonald’s 1784 collection, all played on the warm sounding Scottish smallpipes.

O Chiadain an Lo starts with a solemn harmonium introduction, slightly resembling a pibroch theme, in which Chaimbeul’s smallpipes perfectly fits with a haunting slow air for a perfect opener. As expected, there are traditional sets like the reels A Bhriogais Uallach / Nighean Donn nan Gobhar and the jigs The Old Woman’s Dance / The Skylark’s Ascension.

However this album also features some Bulgarian traditional tunes that Chaimbeul learned during her months in that country. These include the melancholic Moma e Moma Rodila and the lively Tornala Maika. Rona Lightfoot provides some sung cantaireachd on some tracks, among these the strathspey Taladh Nan Cearc shines for the evocative ensemble sound, naturally magnified by the echo in the church.

Chaimbeul has created something sensational and unique, pushing the boundaries of traditional music a bit further. O’Rourke’s fiddle, Rodie Peat’s concertina and Lightfoot’s voice are natural companions for a journey between good old Scotland and a bit of romantic Bulgaria.

The archetype of this unusual but pleasant blend is An Lèimras / Harris Dance in which the mellow tone of the smallpipes and the complex harmonies of the drones collaborate in a perfect medley of a nineteenth century Bulgarian tune and a medieval Scottish reel, joined in a very natural way.

At twenty years of age, Chaimbeul has already won the BBC Radio 2 Young Folk Award and made more than one appearance at Celtic Connections: The Reeling is her launchpad to the elite of the British folk music scene, of which she will surely be a member for decades.

Released on CD and digitally on January 18 2019 by River Lea Records. Produced by Aidan O’Rourke.