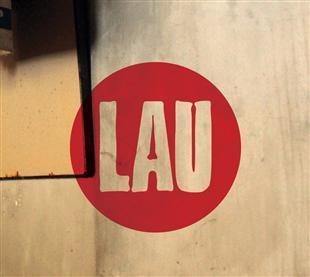 They choose to open with a gentle song. After a heart beat effect and some avant garde string playing the introduction of Saint Monday has the feel of a piece written for a classical chamber ensemble. Kris Drever’s distinctive voice comes through the gentle accompaniment as if it is another instrument adding to the texture.

The tune Far From Portland is more in the folk-prog style you would expect from Lau, but with an added depth compared to their earlier work. However, the general mood is still a very soothing and hypnotic one.

The Bird that Winds the String begins with some syncopated clapping (this could prove a challenge for audiences at live performances). Again the accompaniment has the feel of a classical chamber ensemble (apart from the clapping of course). Kris Drever’s singing fades in and out almost imperceptively.

Missing Pieces is only 38 seconds long, a vignette of experimental electronic noises, and serves as a transition into Save the Bees which builds to a couple of typical Lau frenzies before settling into the more hypnotic style which seems to be the norm on this album.

Torsa again has a very gentle start, but the fiddle comes in with a lively tune at the midway point, to be joined by the accordion. The energy is kept up until the end on this occasion.

Throwing Pennies showcases Kris Drever’s singing more than the other vocal pieces on the album. Very much in the style of a traditional folk song, but again with unusual sound effects in the background.

The tune Noltland Castle also has a very traditional feel to it and is followed by Beer Engineerwhich is much freer in style with echoes of the Penguin Café Orchestra and later Beatles’ recordings. Kris Drever sings again here, but the vocals are part of the overall texture and are not prominent. And has Martin Green really made his accordion sound like a Hammond organ?

Much more experimental than previous albums, some listeners may not find it making an immediate impact. However, it is definitely worth persevering - this album is a real grower.