Lau - The Bell That Never Rang 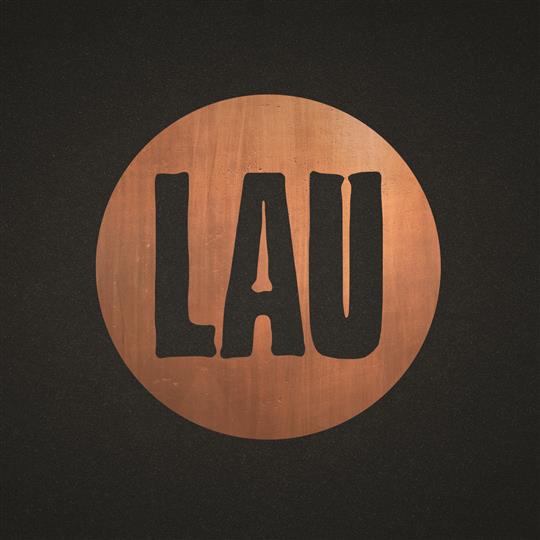 Over eight years, four albums, several EPs, countless side and solo projects and a clutch of awards, Lau have established themselves as one of the most forward-thinking exponents of folk music in the British Isles. Now on album five the band hasn’t so much thrown a curve ball at the audience as they have at themselves with their latest and most anticipated release to date.

Produced by Reveal Records alumni Joan Wasser (aka Joan As Policewoman) The Bell That Never Rang has an all-round freer and more song-orientated feel that has arguably been borne of the band unshackling themselves from production duties in the studio and being allowed to focus entirely on their musical craft. Given that this is Wasser’s first production job on a full album for any artist other than herself the results are even more remarkable.

First Homecoming opens the album with an uncharacteristically breezy flourish and the now familiar ’tick-tock’ sound of Martin Green’s technical wizardry. It’s the first and most obvious indication of the song-focussed structure of the album and sets a powerful tone with Kris Drever’s impassioned vocal at the forefront of the track.

Tiger Hill (Armoured Man) is another highlight as a tip-toe rhythm meanders into a gentle march and beautifully layered vocals that aren’t a million miles away from Fleet Foxes in tone. It’s a veritable storybook of a song throughout its six short minutes and suggests that this is a band who feel that they’ve still got ideas to burn.

The centrepiece of the album is the epic title track. A 17 minute opus that opens with a delicate, orchestral suite courtesy of the Elyisian Quartet before Lau join in themselves for a windswept journey through a multitude of soundscapes. A chorus joins late in the piece with a refrain of “nobody knows where you’ll go and no one thinks to tell you” building to a crescendo as voice after voice joins the repetition. It’s at times breathtaking in its content and consistently captivating.

The album closes with long-time live favourite Ghosts which first appeared in experimental form on the Lau vs Adem EP a few years back. It’s arguably the trio’s finest song to date with its heart-meltingly melodic chorus finally given the space to breathe that it warrants.

The Bell That Never Rang is a startling piece of work and deserves to sit atop an already impressive back catalogue as the jewel in the crown for this increasingly brilliant trio. Close the album of the year polls now -we have a winner!

Released May 5th 2015 on Reveal Records

1. First Homecoming
2. The Death of the Dining Car
3. Back in Love Again
4. Tiger Hill (Armoured Man)
5. The Bell That Never Rang
6. Ghosts