Capercaillie - At The Heart Of It All 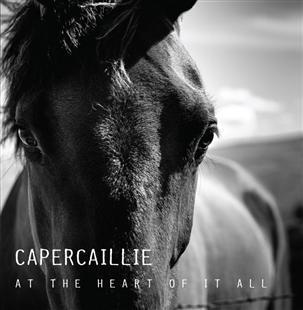 Released in celebration of 30 years performing together, At the Heart of It is a milestone record for champions of Scottish music, Capercaillie.

What’s more, this is a landmark release for Celtic music on a wider scale, with a host of stars on board including Radio 2 Folk Award winner and vocalist on Disney’s Brave soundtrack, Julie Fowlis, Robin Hood songstress Kathleen MacInnes, Lau’s Kris Drever and Aidan O’Rourke, plus many more.

Such a large musical gathering of course results in a veritable riot of tune and song, as well as some surprises along the way. The introductory bars of the album, for instance, come not from a fiddle or flute but from a saxophone. This jazzy theme is then continued on into Abu Chuibhl’ (Spinning Song).

As one might expect from a band so firmly rooted in all things Celtic, this is an album brimming with Gaelic vocals. The last track, Lament for John ’Garve’ Macleod of Raasay, is a fantastic display of Scottish singing at its best. Set against a simple keyboard and guitar backing, the beauty of the song itself is allowed to take centre stage.

Fainne An Dochais (Ring of Hope) is another great example of this, and is the album’s only duet piece. The keyboard accompaniment here strikes a tone which is at once classic and contemporary, and there are some beautiful performances on the fiddle and flute, yet still the track is firmly grounded in song.

Indeed, even in instrumentally focused tracks such as The Strathspey Set, the vocals still steal the show, with puirt-a-beul (vocal dance music) carrying large portions of the tune.

With this release, Capercaillie have hailed back to their origins, and returned to placing tunes and songs at the very heart of their writing. After all, as the title track states, ’at the heart of it all is a story to be told’, and this is something which rings true not just for Capercaillie but for folk music everywhere.