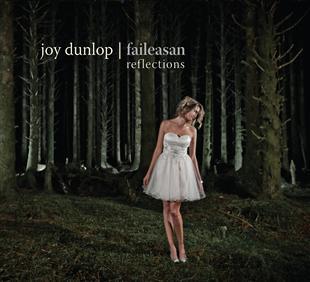 Scotland seems to be producing Gaelic singers by the hatful at the moment. They have probably always been there of course, but the fact that their music is being heard further afield can only be a good thing.

Joy Dunlop’s second album is the latest in this growing tide. The title Faileasan translates as Reflections and indeed the songs are a reflection on the part of Scotland where Joy lives.

For the non-Gaelic speakers among us, it is good to have translations of the songs, although it is possible to appreciate their beauty even without this aid. However, the title of the opening track If I Marry at all, I Won’t Wed a Big Girl makes you wish they hadn’t translated it. Fortunately the English equivalents of the other track titles are rather more poetic. All but two of the songs are traditional, with the other two being settings of poems.

Joy works with Gaelic choirs and some of her singers appear on backing vocals. The guest musicians provide a huge range of instruments - the delicate guitar playing on some tracks is almost harp-like. Pipes, accordion, fiddle and piano are also heard in various combinations.

The aforementioned opening track - Ma phòsas mi idir, cha ghabh mi tè mhòr - is very dramatic, with several changes of mood. The instrumentation is particularly rich in this song, with the inclusion of the border pipes making the spine tingle.

The second song, An Roghainn, is one of the poems and has a simple piano and string accompaniment, as Joy’s vocals tell a tale of unrequited love. Several other songs use the piano, where it embroiders the singing rather than merely accompanying it.

The mouth music set, Puirt à beul Earraghàidhealach, is very striking, with Joy’s voice dancing over the words. The sound of the words is as important as their meaning so real words and nonsense syllables are combined. It is a surprise to hear some English words too. Joy’s singing is mirrored by the smallpipes in the first section. Her voice really dances over the words in these songs.

One track, Cumha Chailein Ghlinn Iubhair, is completely unaccompanied - a very effective way of telling the story, which in this case is a lament. The translation is perhaps necessary here to understand the words, but one can still appreciate their beauty without it.

The waulking song (a process in tweed making) S fhada an sealladh unusually uses a sample of a traditional singer Nan MacKinnon. Rather than this being a duet, it is a link with an earlier time.

This lovely album demonstrates Joy Dunlop’s versatility as a singer - she can do justice to a cheeky song, a long unaccompanied ballad or a bit of dancey mouth music. 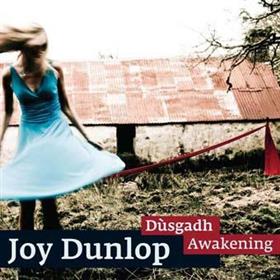